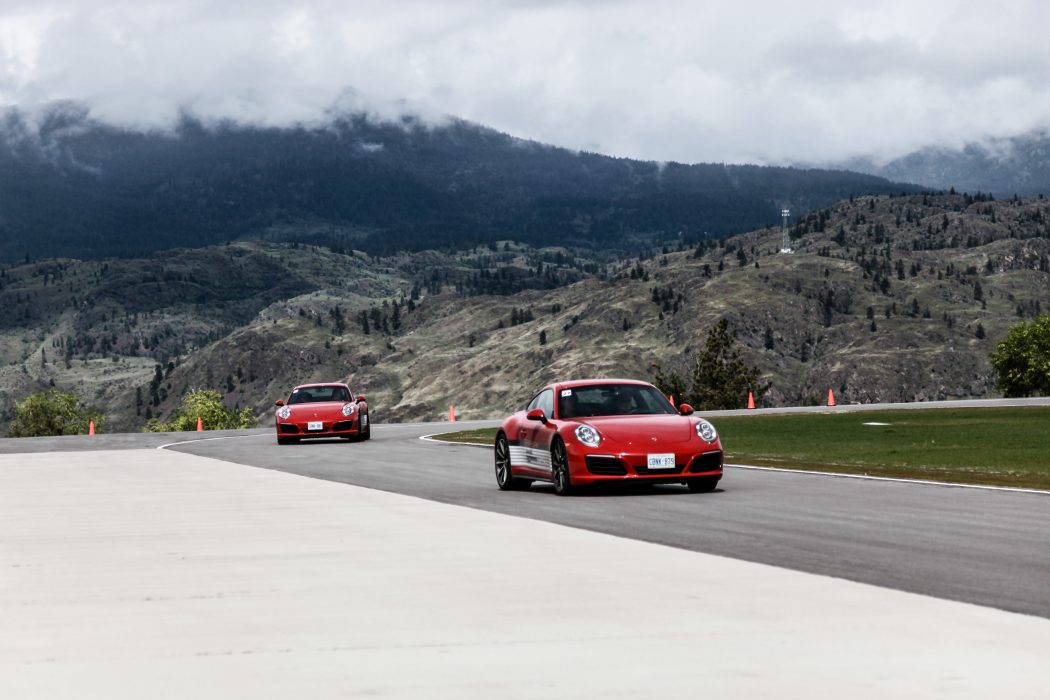 Previously on LXRY: A team of racing enthusiasts and media from all over Canada drove ten Porsche 911 Carrera 4S all over British Columbia in hopes to test all aspects of the car. We take the infamous Sea-To-Sky highway to Whistler, stopping on the way to enjoy some unexpected Off-Roading in Callaghan Valley. For the final post in the series, we take the Porsche 911 Carrera 4S around a racetrack designed by one of the best Canadian drivers in history.

We pick up our story at the Four Seasons Whistler where we enjoyed a nice breakfast before heading out to a long and winding drive towards Vernon, BC.

The drive was nothing short of scenic. The elevation changes, the ribboned pavement roads, and beautiful surroundings made it difficult to stay focused on what twists and turns were coming towards us. But thankfully, everything that we were about to drive was better than what had already driven.

We headed to the Sparkling Hill Resort to stay for the night after a shorter drive than previous days. 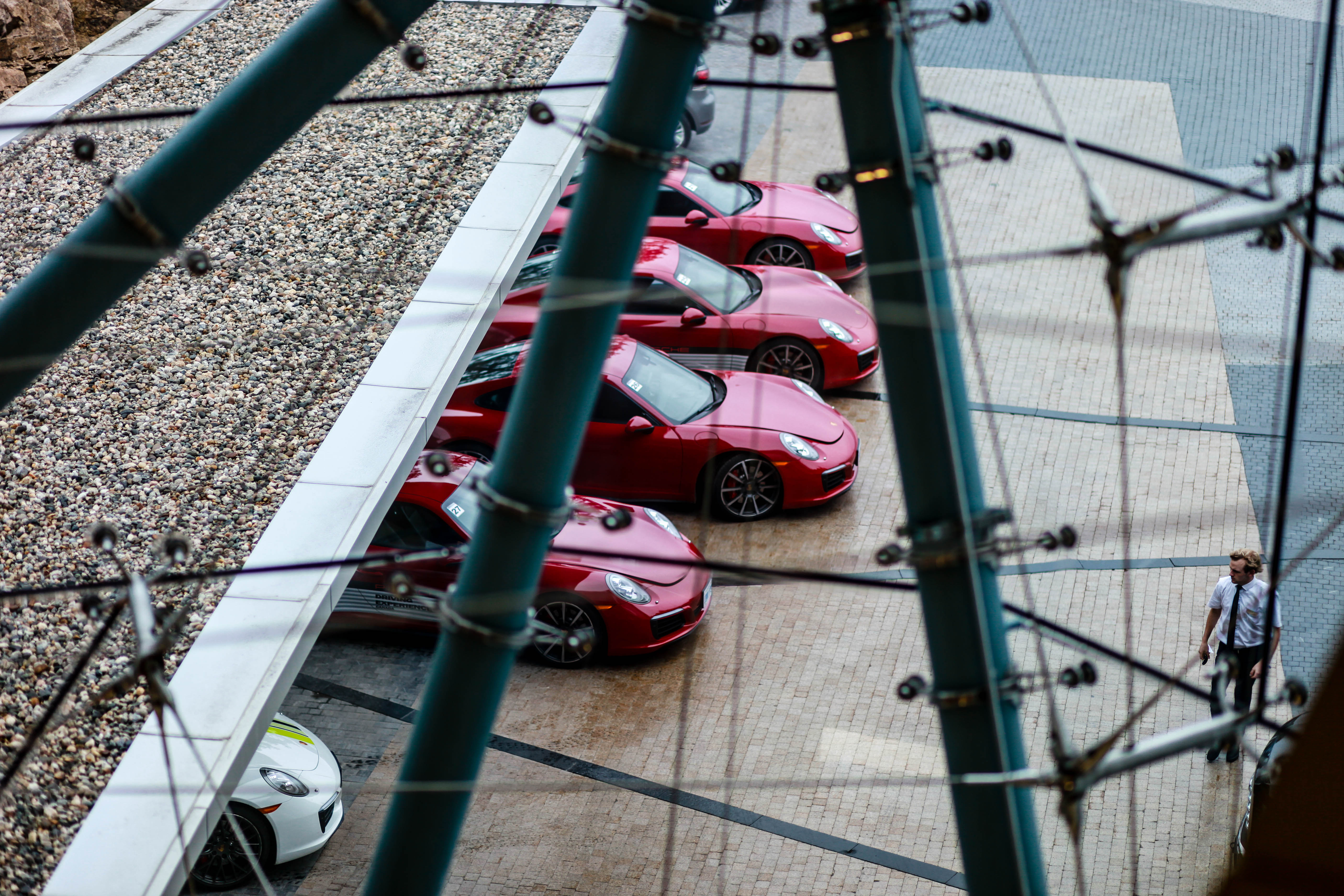 We woke up feeling refreshed, ready for the next round of driving to Osoyoos, wine country, the Okanagan Valley, home to over 100 wineries.

We stopped at many towns, enjoying wonderful lunch spots before heading to our final destination for the night at Spirit Ridge at Nk’Mip Resort, elevated on a beautiful mountainous area that almost had a desert like quality to it. Feels like we were in more Arizona than one of the southern most places in British Columbia. 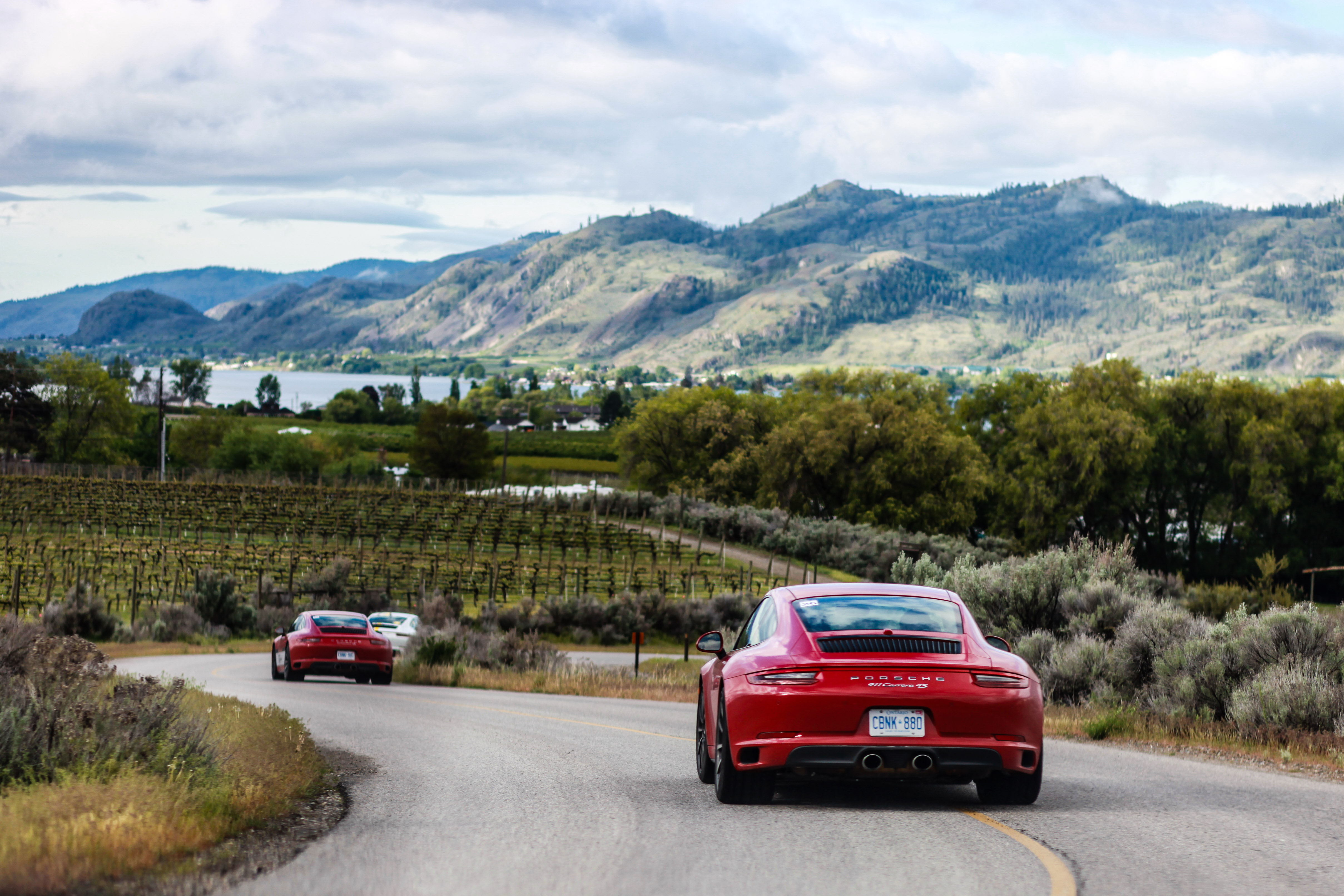 In the morning of our most exciting day to come, however over the radio we heard that there was flooding on the track, a rare occurrence for Osoyoos.

Driving Area 27 In A Carrera 4S

Area 27 is a Jacques Villeneuve designed this twisted racetrack to be close to the town of Osoyoos. The track is winding, unforgiving and offers professional grade racing. It’s been our favourite race track to drive. Period.

We received the word that there were some closures on the track but it doesn’t stop us from pushing the pedal to the floor.

I have to say, there is nothing like having a race track to yourself. 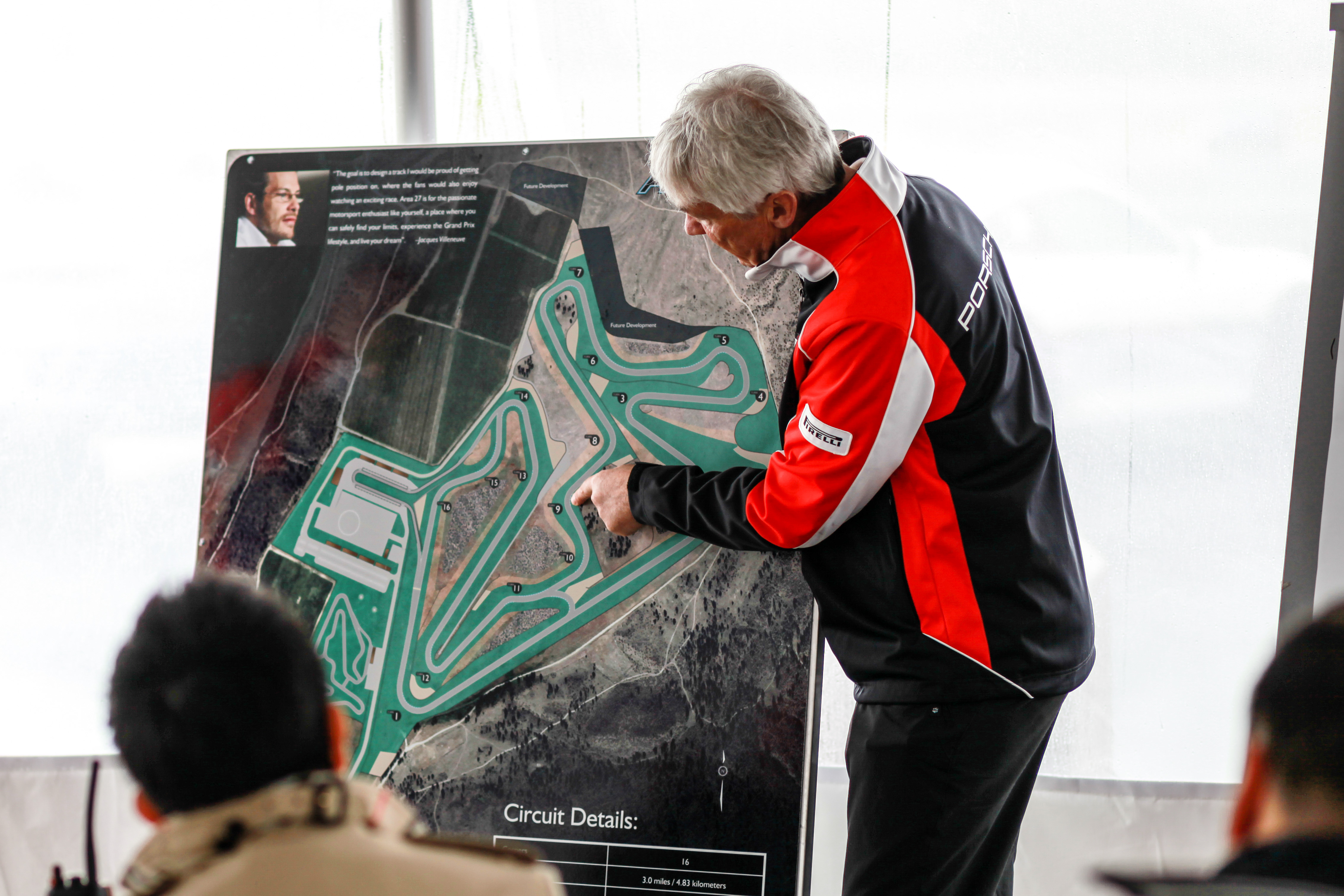 We had a run down from the track from our famed Porsche racing driver, Kees, and we got into position.

The track was fast, wet, and filled with both with quick and late apex turns. 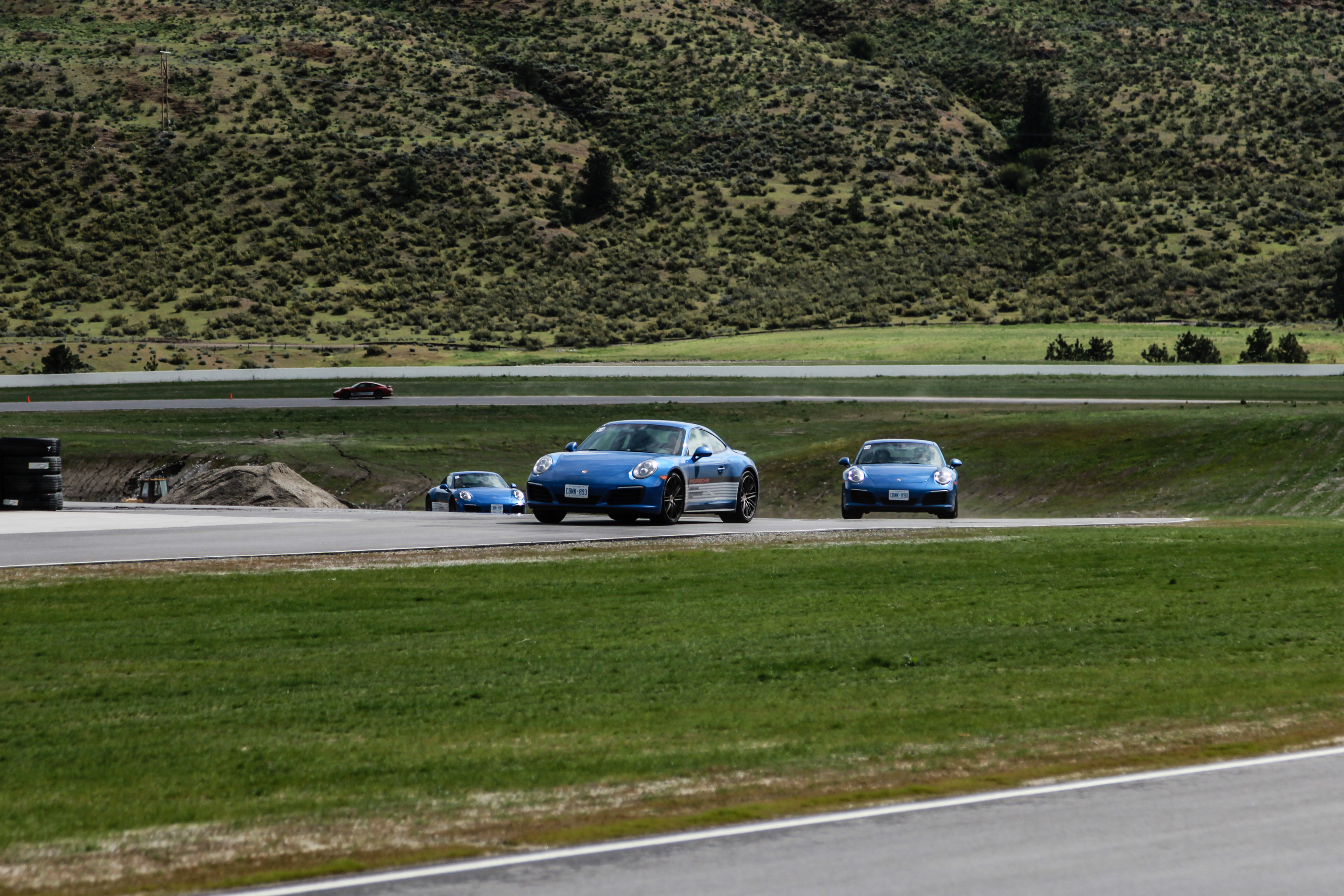 Every turn felt more and more comfortable and even at higher speeds. 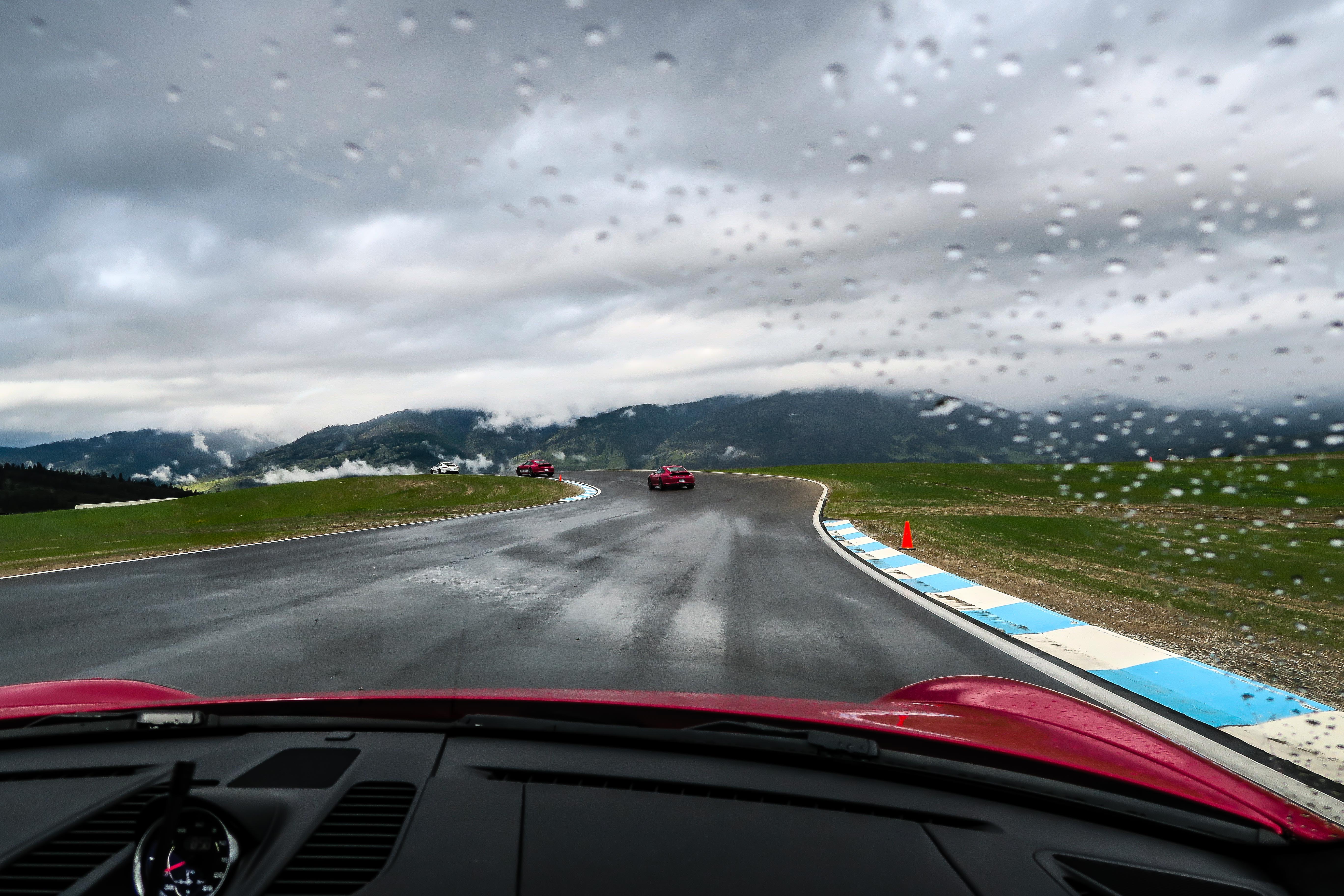 The pavement became a lighter and lighter shade of grey and our acceleration increased more and more. We were really pushing these cars as the track started to dry up.

I was very impressed.

We didn’t switch cars, we didn’t go into the pits with another professional race car waiting for us with decals all over, this was the same car we left Vancouver in. No modification, no different tires or anything, just the Porsche we have been driving for all the previous few days. The same one that we stopped in at restaurants, hotels and even gas stations in. 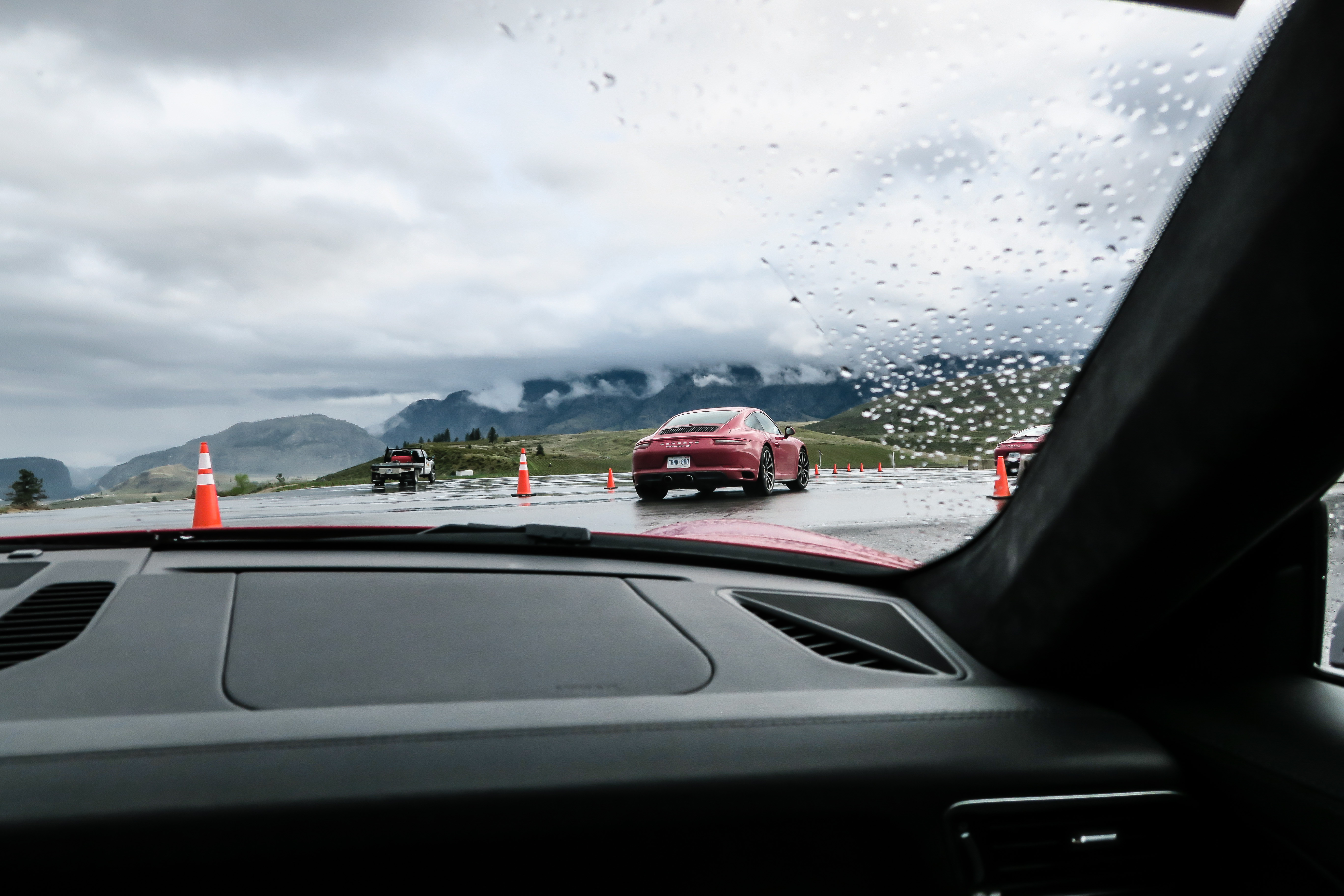 The corners were more like side-steps for the car. The straightaways were like treadmill tracks, just being thrown under our feet with every time we pressed the gas. We were going fast and throwing its weight around without any problems.

Not only it was fun to drive, but an exhilarating experience, considering it’s all part of the same tour as scenic drives and Off-Roading in a Porsche Cayenne. 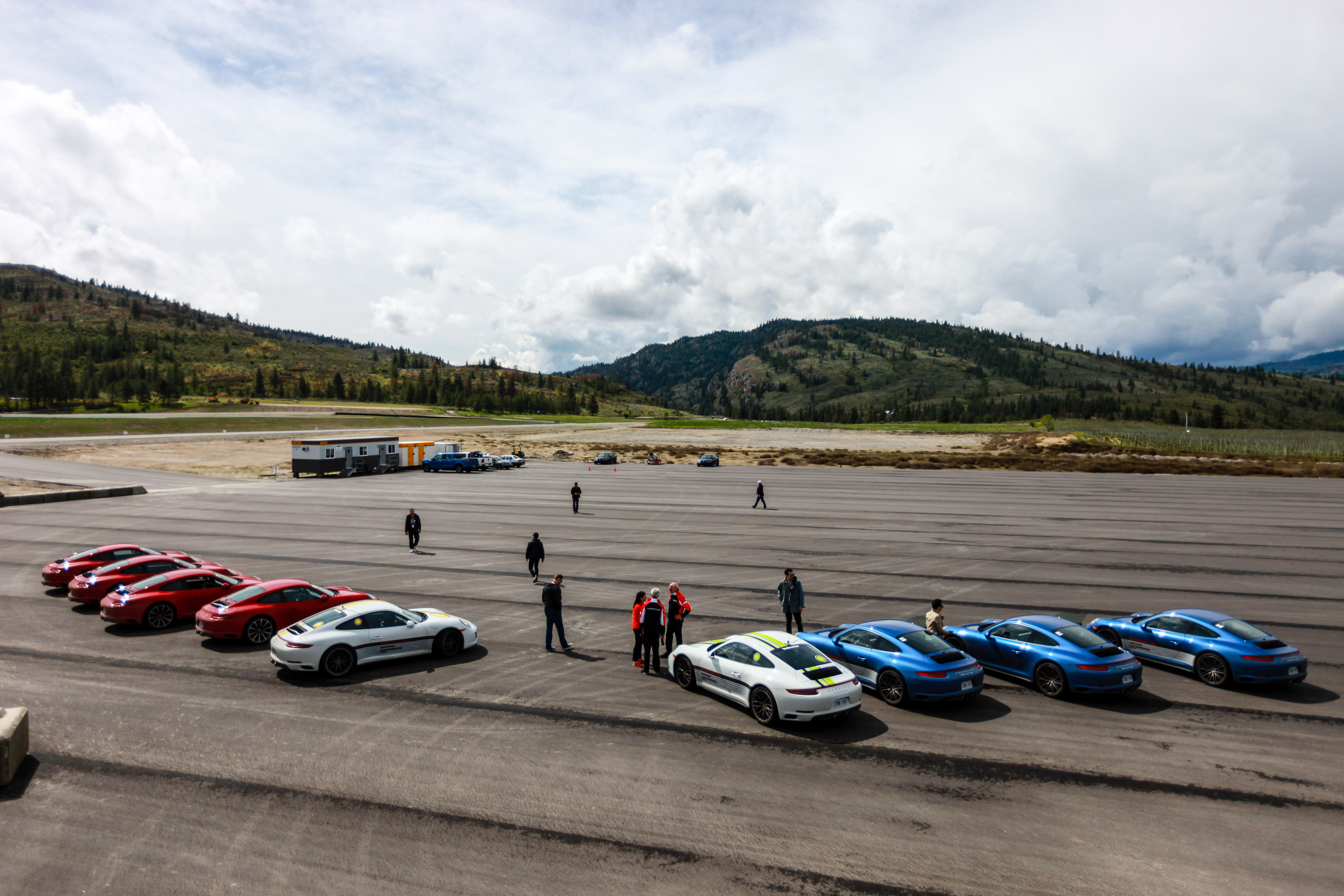 The Porsche Performance Tour of British Columbia was one of the best car experiences we have had. You don’t need a Porsche to enjoy this epic journey, you just need to pay the admission and you are ready for a wild ride. The event was very well organized and both started and finished right from the Vancouver International Airport. So fly in and enjoy. The only criticism I have is for the driver to be able to try more types of Porsches in different situations, but that’s just because it left us wanting more. I mean there is always the Ice Experience as well…

Learn more about the Porsche Cayenne and the Porsche 911 Carrera 4s and book your Porsche Performance Tour of British Columbia today.