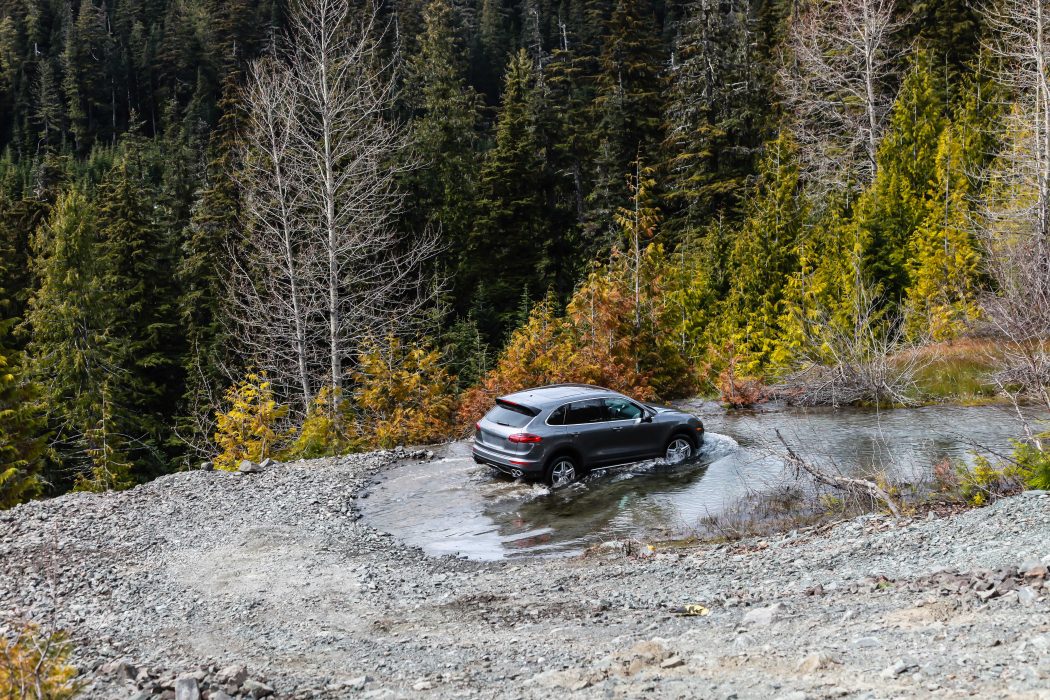 During our trip we found ourselves being radioed in to head to a destination to park our cars on the side of the road. Waiting there was a shuttle that took us to this outdoor recreational area in Callaghan Valley. There sitting for us, were five Porsche Cayenne all lined up like ducks, all ready to be taken down by nature curves and scrapes. All ready to be conquered by the natural dips and dives and rough hill climbs that we were about to face. Or were we wrong about the Cayenne? 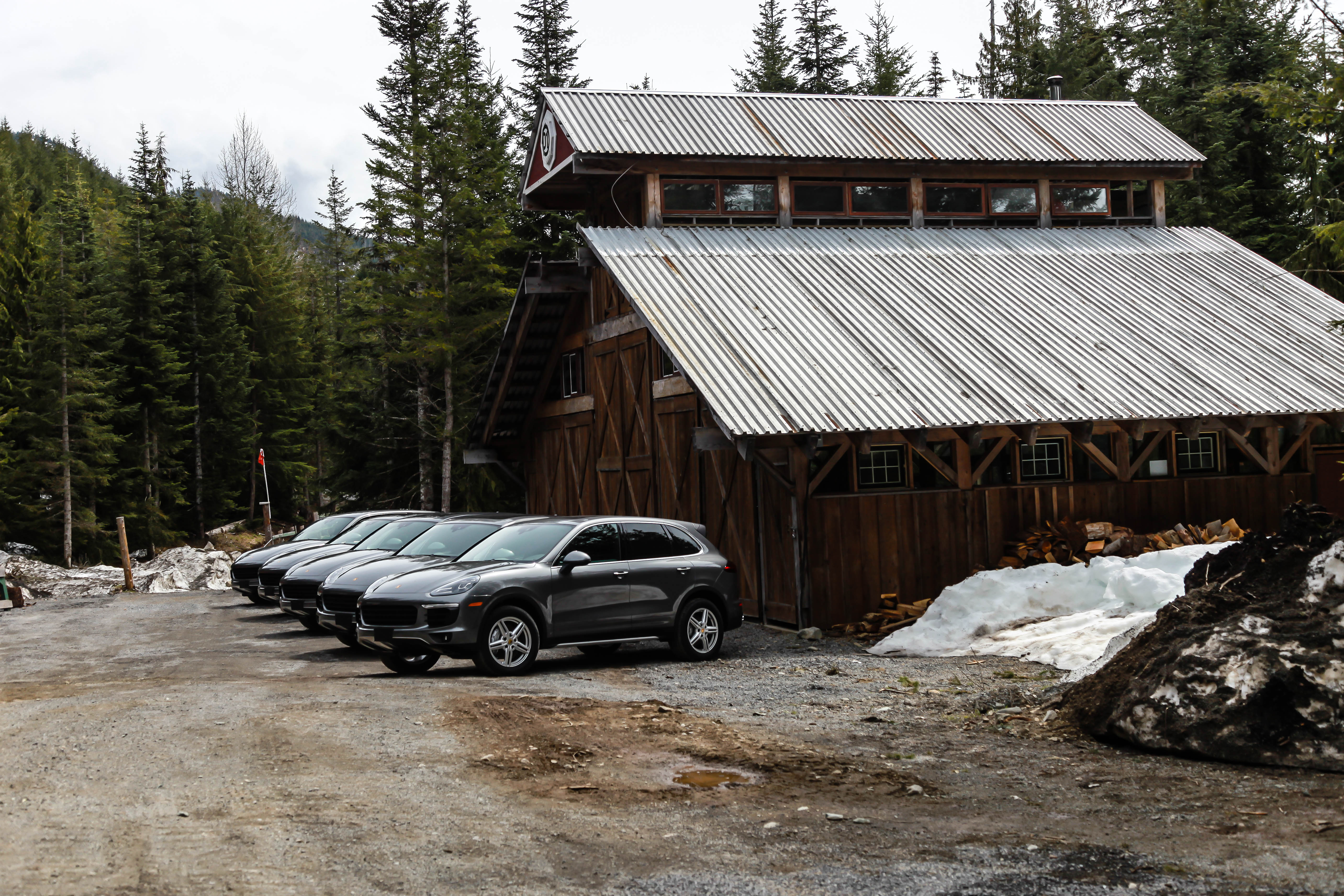 Normally, when it comes to SUVs, like the Porsche Cayenne, you expect them to be utilitarian with carrying more luggage, more people and more stuff. They are great in the snow and you get a higher seating position, right? Right. But, what about what their actual function. They are, after all, for sport.

We hopped in. Buckled up and immediately drove a winding hill up to our playground, no problem.

Gravel was eaten by front and spit out the back of the tires as the Cayenne ate through the rough terrain like it was regular paved road. Then we found ourselves at the top, situated in this area that would really test this car. Hills, water, dips, mud, dirt, gravel and more. It was something out of an ATV track. Clearly the Porsche Cayenne would be no match for this, right? 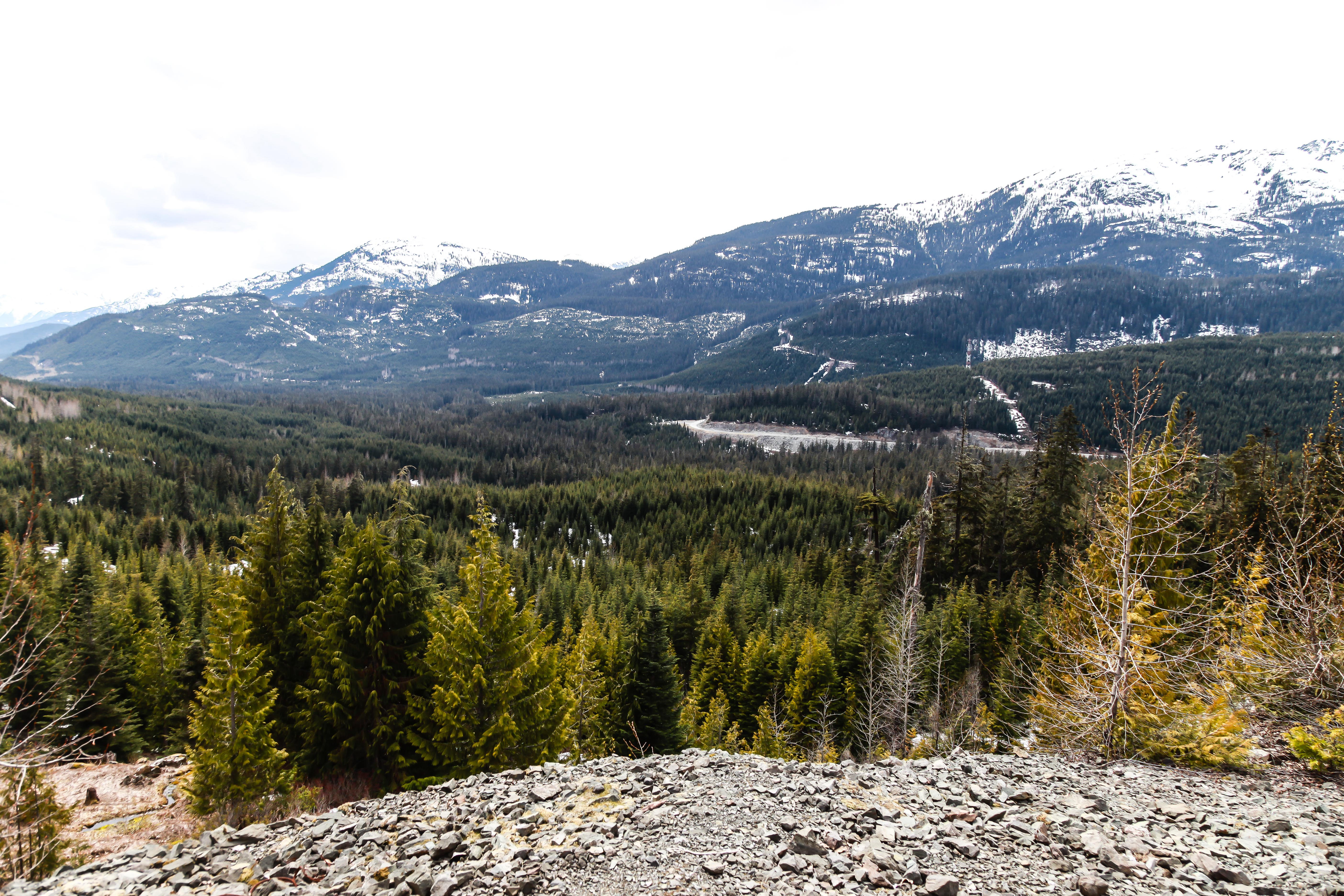 The first obstacle was to go over a big mound and down the other side towards a pool of water. No problem. 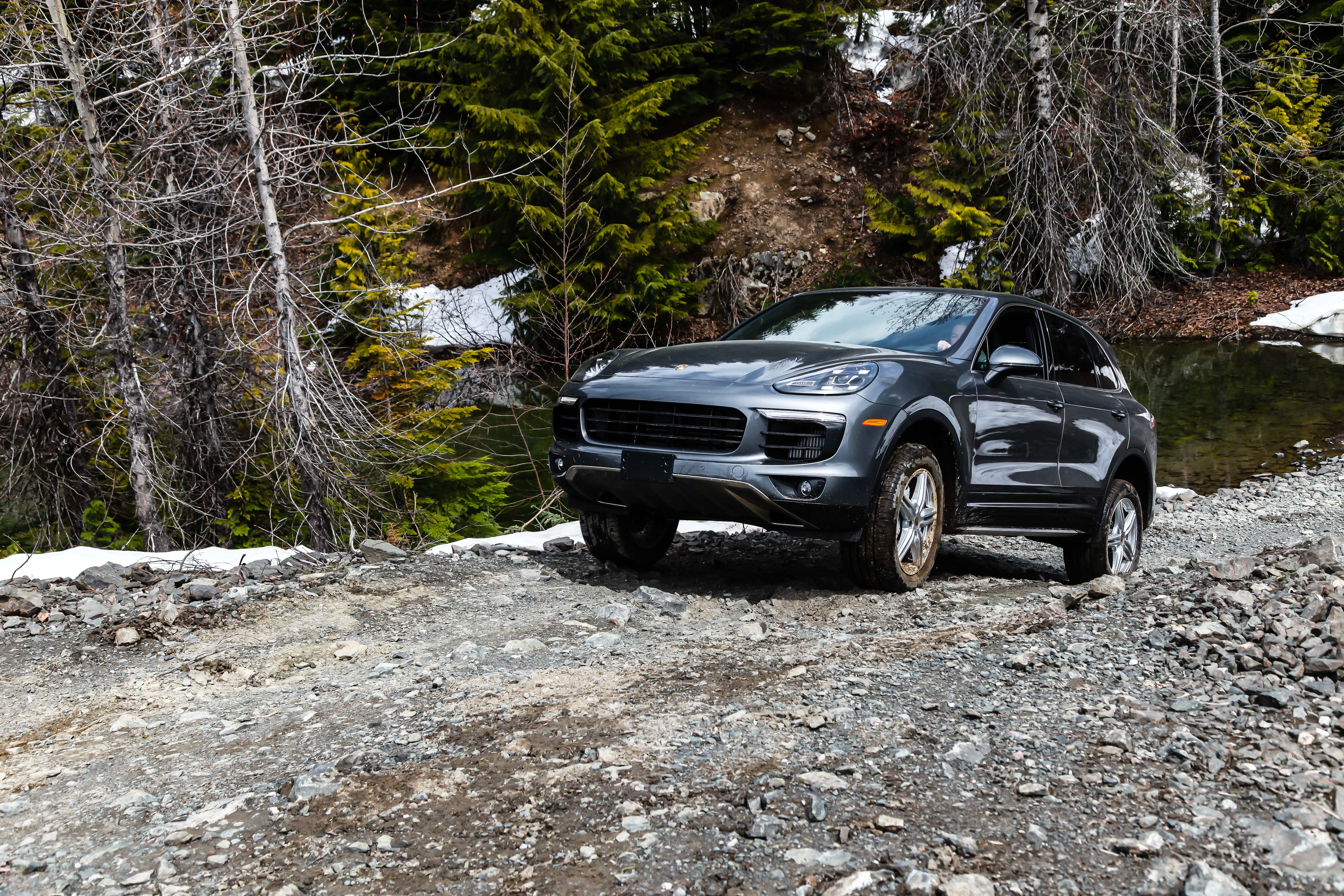 It powered up the hill as gravel and rocks flew from the back tires. Then at the top, we turned on hill assist functionality on and it slowly, with control, let itself down the hill, avoiding the big drop at the end if we weren’t too careful. Then turning to our next and most intense challenge, going sideways. 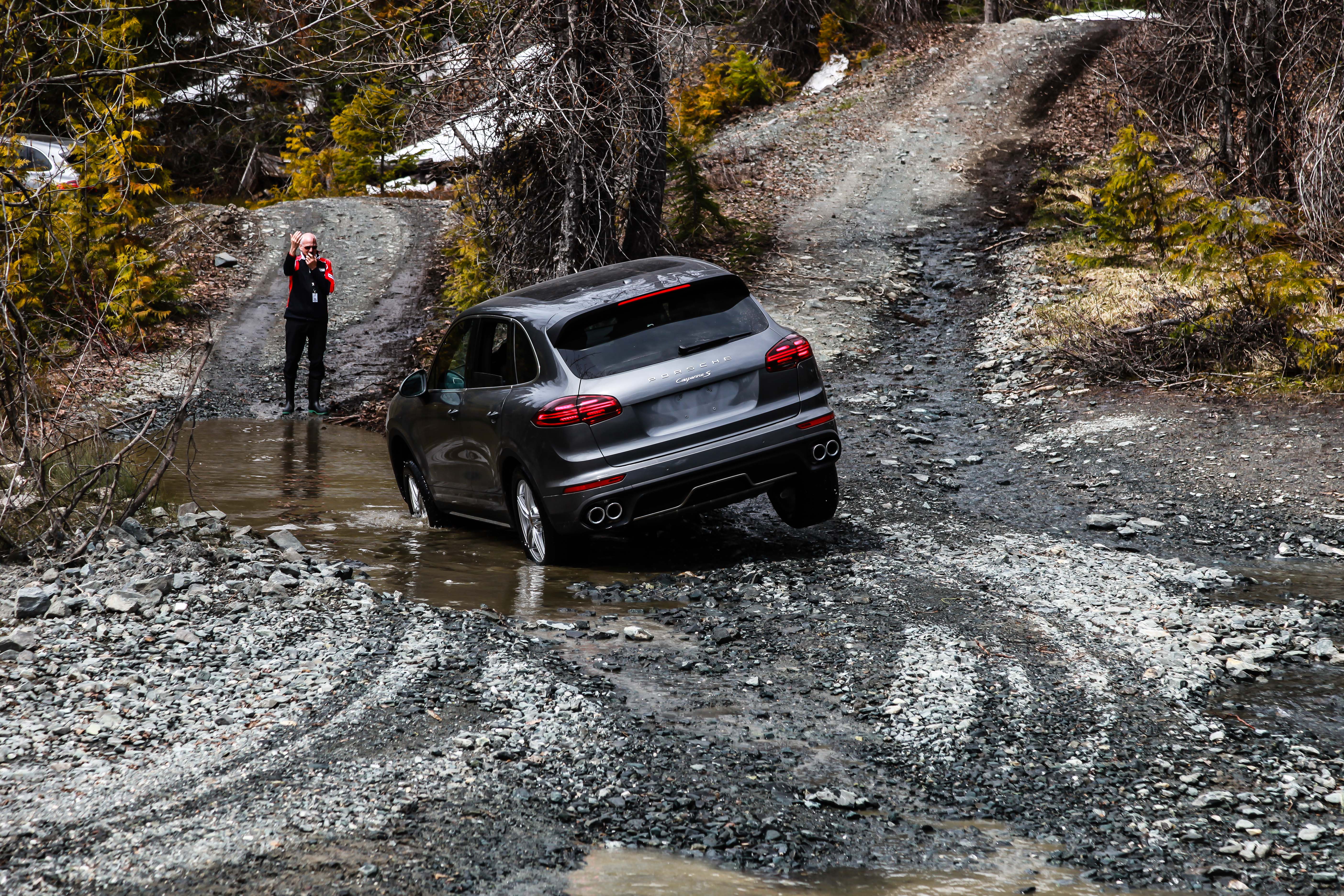 I can tell you when looking at other’s do it first, you say to yourself, not a chance am I getting through this without tipping over. But then again, your instincts aren’t pulling you through, a Porsche Cayenne is. As we descended to the pool of unknown depth, we felt the car sinking down into the water, passed the tire, now on a complete diagonal view from our formerly straight viewpoint. 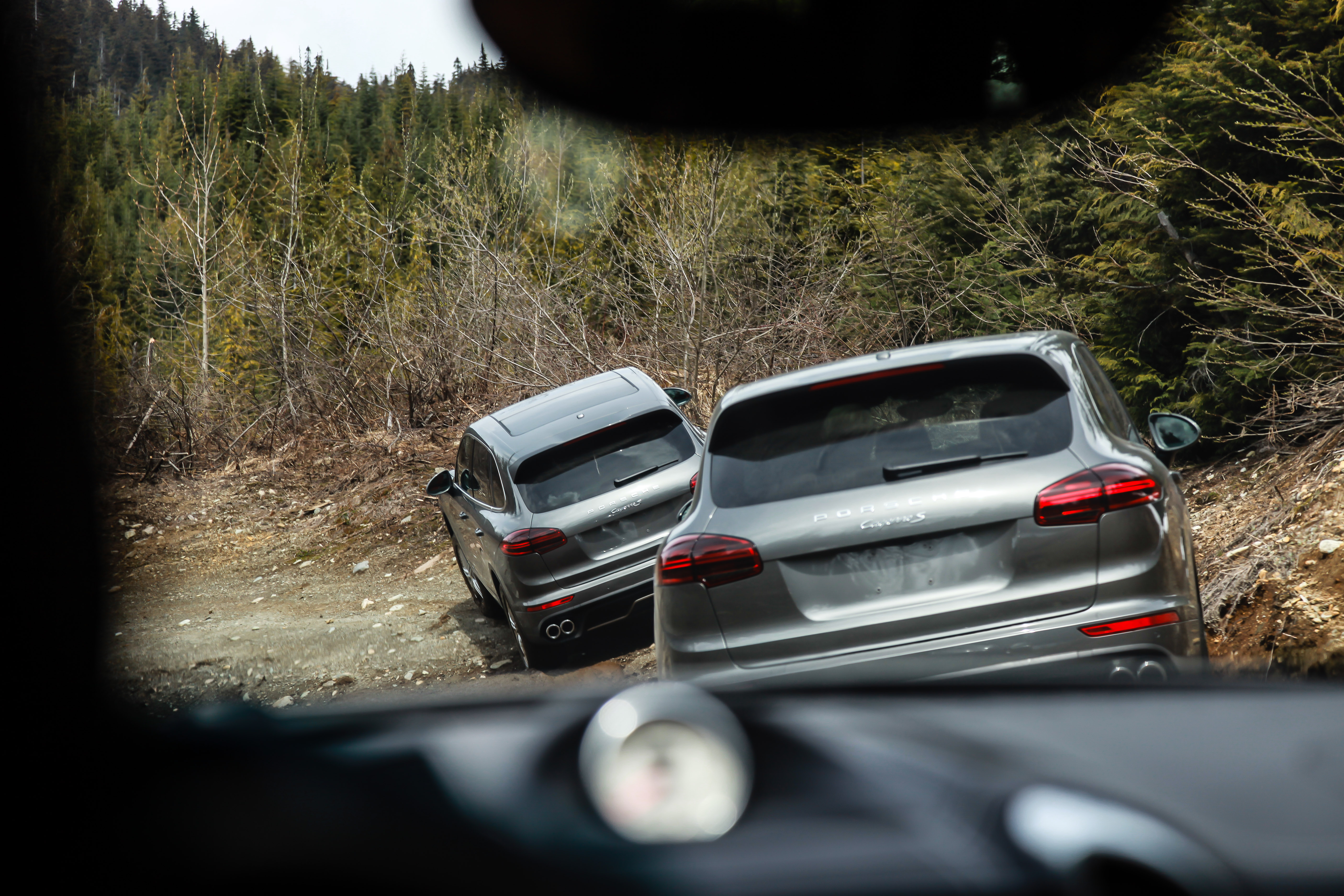 For every point it seemed like the car was going to head sideways, it seemed to find more stability. At one point I could feel the car was only on two wheels as I progressed further. Then three, then four. It gained it’s traction back and powered out of the water.

From there, we had the confidence to feel like we can do anything in this car. Until they told us what we are going to do next challenge. The next instruction was to go up a steeper hill then take both feet off the gas and break, a completely unnatural feeling. You can’t do this in any car. Everyone’s worry, including mine, stepped in fully. Take both feet off the pedals on a steep incline? Okay! 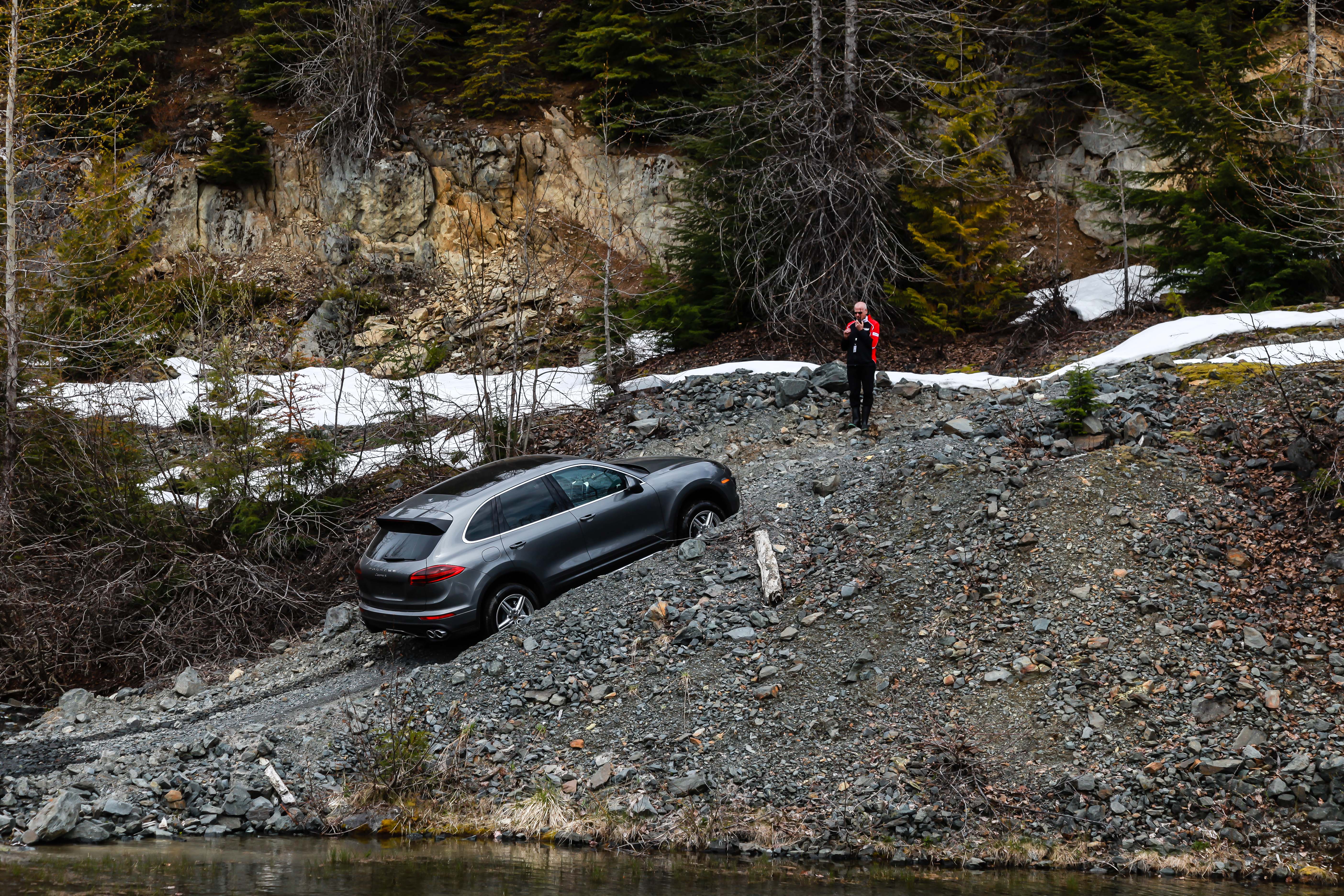 I powered up the hill and as soon as I saw the hand go up from one of our instructors, I took both feet off. It stopped. And almost my heart too, preparing to slide back down the hill or worse. But, I didn’t, I stopped right on the hill. Afterwards I slowly accelerating out of the inclined position and headed down the hill to my full stopped position.

It’s something that I never thought I would experience. Feeling so out of control, but in reality, being fully in control with the Porsche Cayenne powering through everything in it’s path.

The day ended with a ride from the shuttle ride back the the cars and a beautiful, scenic drive to Whistler Village and a beautiful view from the balcony of the Four Seasons Whistler. What. A. Day.

The trip brought excitement, thrilling views from one of the natural platforms from Callaghan Valley and a new appreciation for Porsche’s capabilities off-roading. Off-roading in a Porsche doesn’t really go together, it’s almost a bit of an oxymoron. Until now.

The journey continues towards our final post of our series. We jump back into the Porsche 911 Carrera 4S to see how fast it can go around a racetrack designed by a Canadian racing legend.

Learn more about the Porsche Cayenne and book your Porsche Performance Tour of British Columbia today.