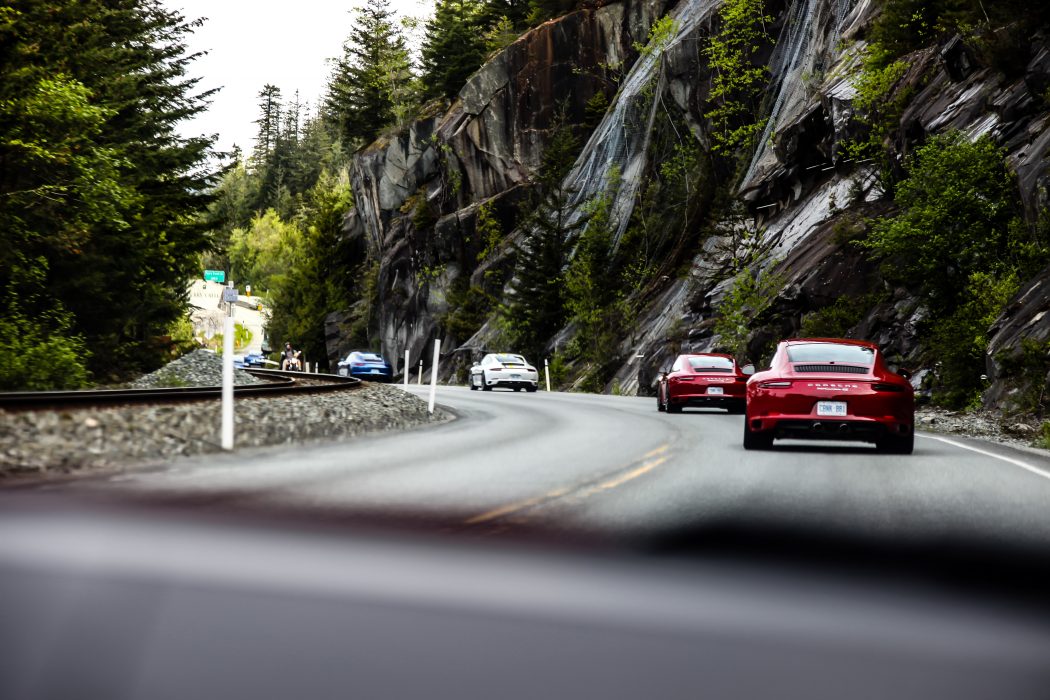 What if you had a week to experience everything on-and-off the road in a Porsche?

City streets, mountainous winding roads, snow, hail, rain, off-roading and driving full-tilt on the track. You probably thought it wasn’t possible to really find all extents of the car in such a short time. Well, for the Porsche Performance Tour in British Columbia, all driving conditions found us and we conquered them all. 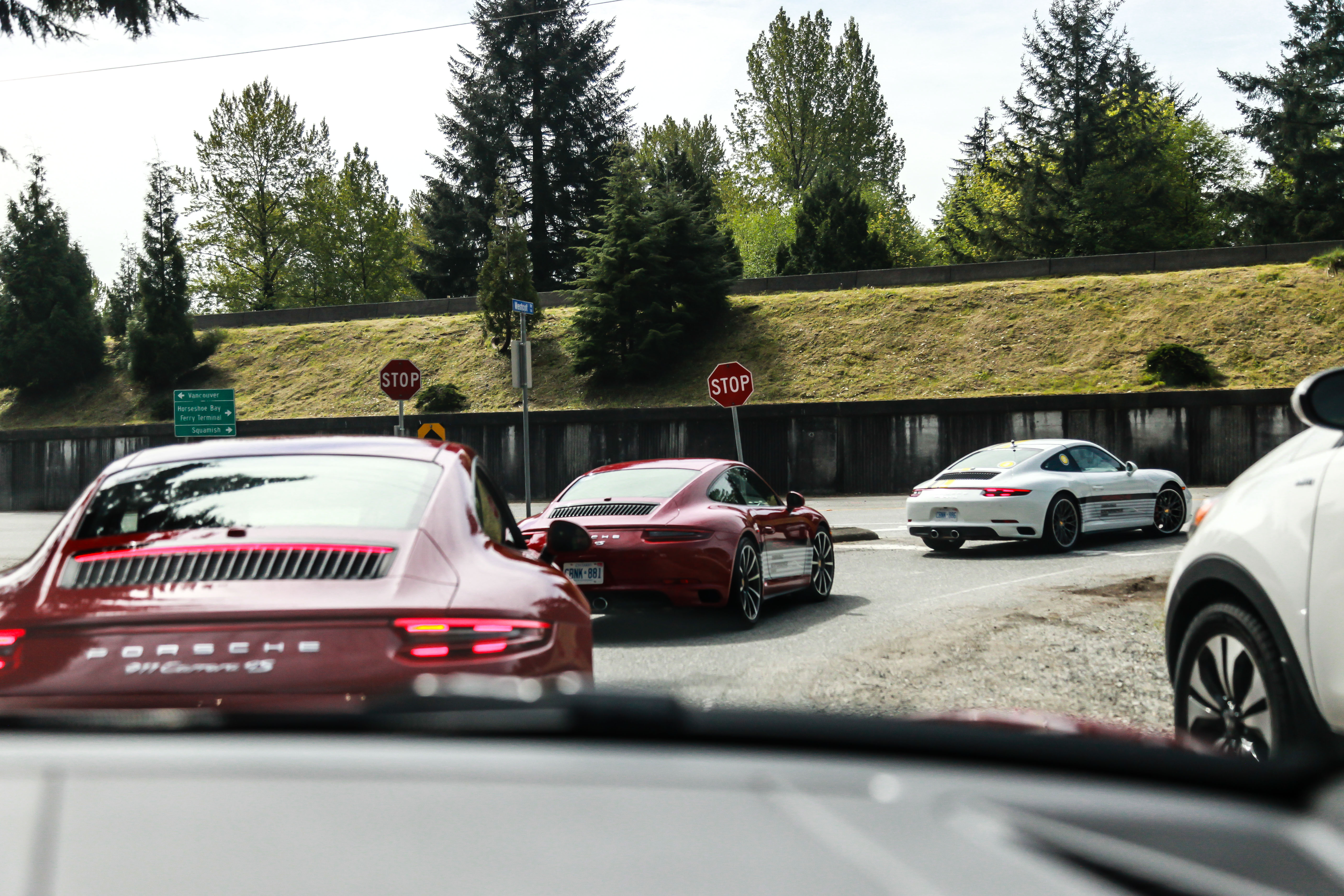 We started off with a meeting at the Fairmont Vancouver Airport where we paired up and found a driving buddy. BC Living Magazine writer and Yacht enthusiast, Lisa and I took to the streets in a red 2017 Porsche 911 Carrera 4S with my turn to drive first.

This was the labourious of the trip that was the most like reality, leaving the city, hitting traffic. However the voice over the radio from our driving leader and former Porsche Le Mans driver, Kees Neurop, provided some entertaining commentary, educated us on the car’s features, functions and navigated us through the city.

Being from Toronto, being stuck in a brand new Porsche 911 Carrera 4S is a car I’d prefer to be in gridlock with. Plus, it looks faster than everyone else going at 5 km/h. 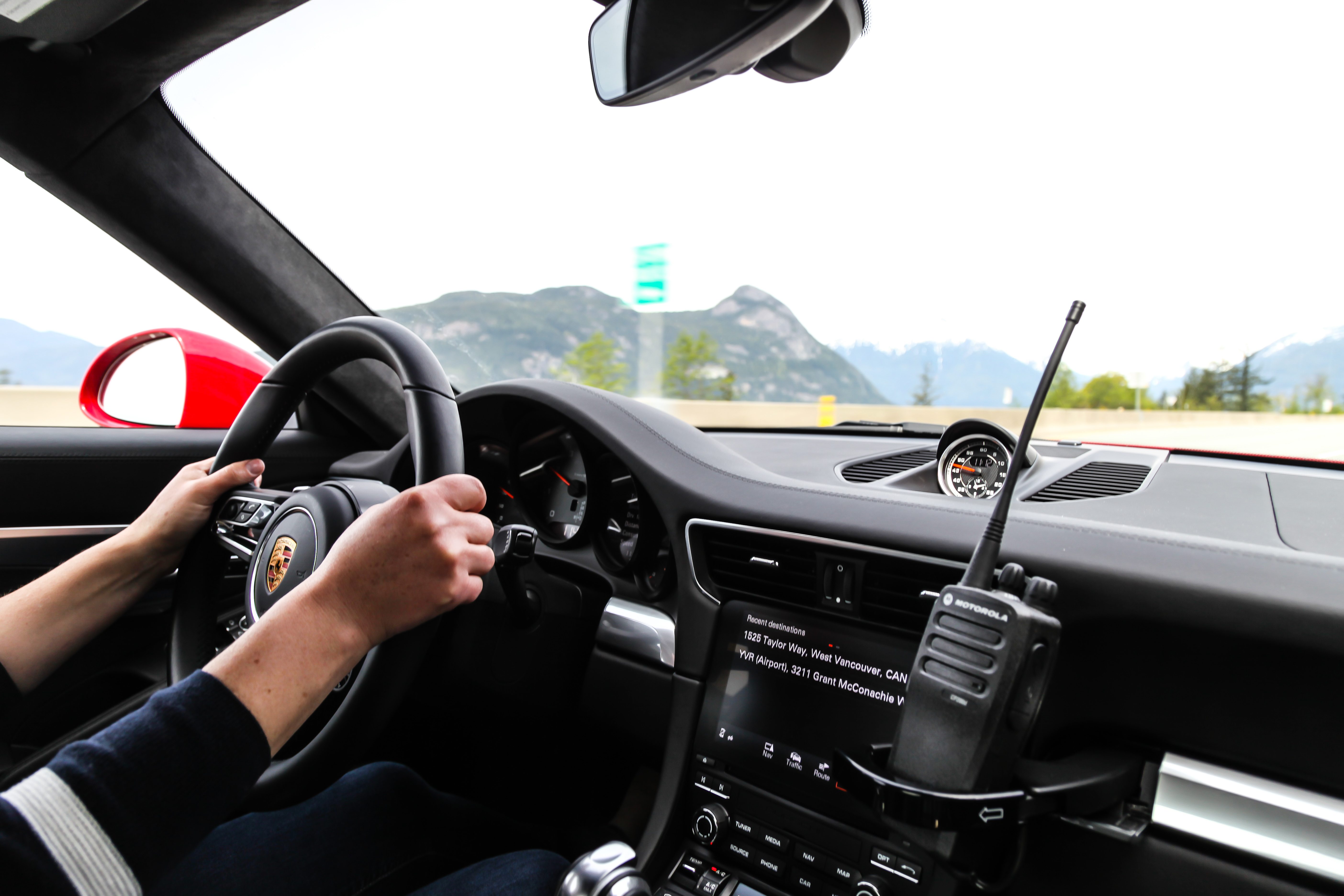 We finally started to see the hope as the roads started to open up and transitioning the scenery from glass-filled city skylines to the countless famously tall BC trees, mixed with rock formations start to come into the foreground.

After a few stopovers, the scenery around started to grow all over us and the expansive views spectacularly grew larger in scale with every corner. The large trees we saw in the city, seemed like grains of sand compared to the mountainous landscape of the rockies.

As we were heading to Whistler, the roads started to wind, to twist, to turn. 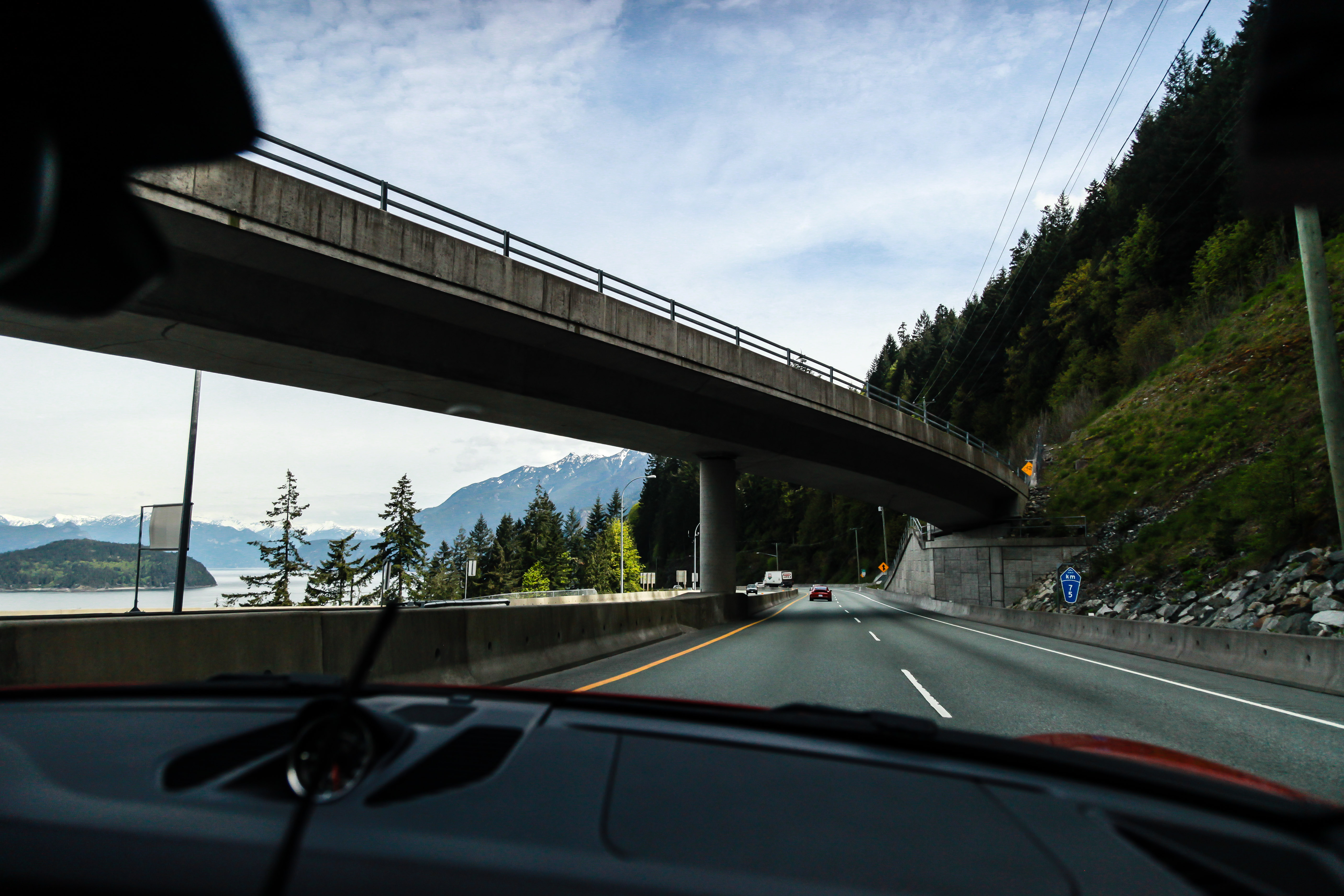 Elevations dropped, picked up, banked left and banked right. The 911 Carrera 4S didn’t even flinch. Hugged every corner, in between the lines and tackled every turn.

It’s like the car wasn’t even trying. Going flat through tight corners was something routine for the car. As you turn the tighter steering, you really feel the grip through the tires and you power out of corners like they are straightaways.

We made it to Whistler, which is definitely it’s own destination. The village stood tall and was beautiful this time of year, but stood small and almost puny compared to the giant range of the Rockies that towered right behind it. 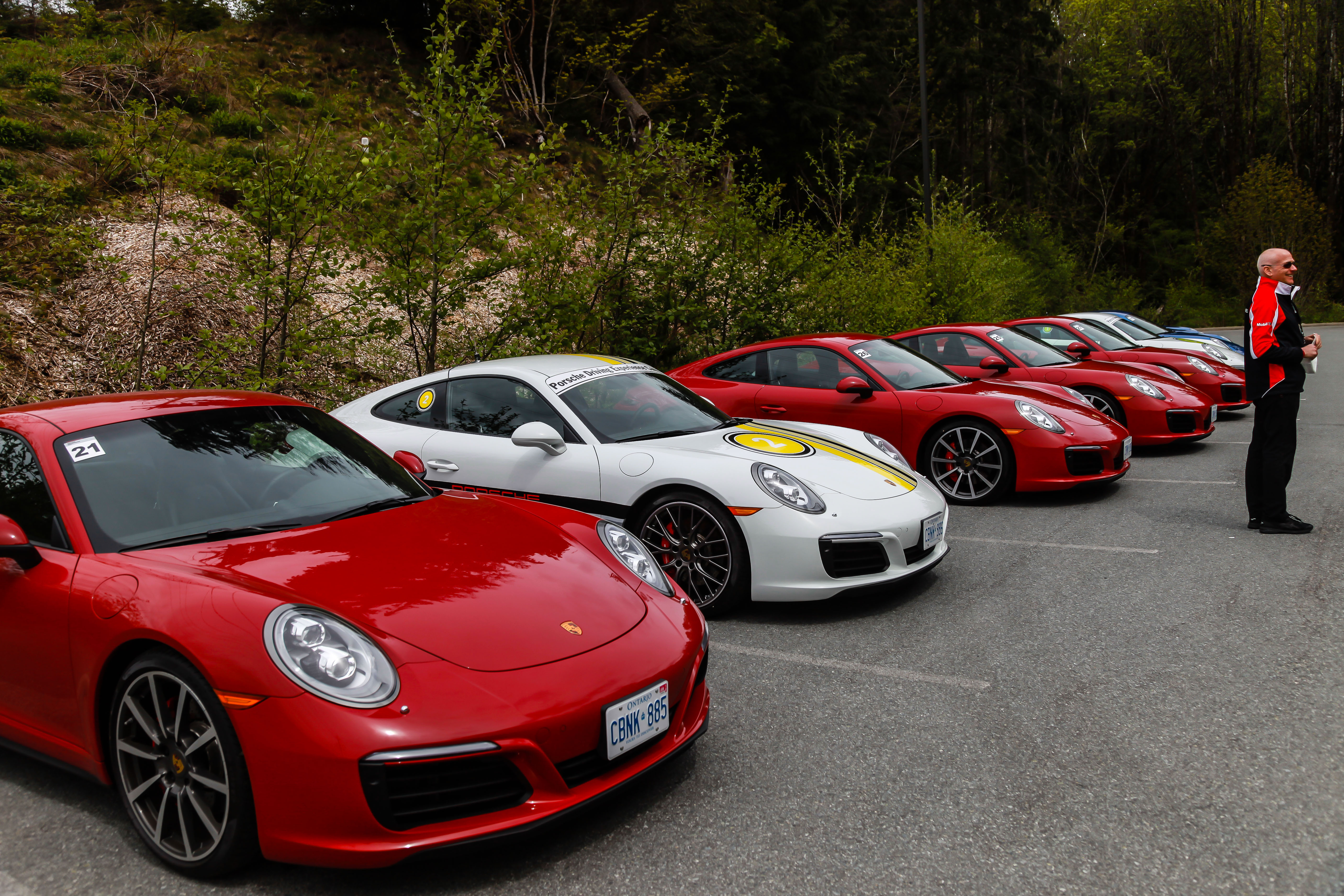 Our First Stop in Whistler

We finally arrived at our first stopover, the expansive Four Seasons Whistler. We filled the roundabout entrance, looking like a ten race car drivers just raced to the hotel.

It’s always a risk when media joins customers, scratch that, enthusiasts for events. But, it was a refreshing experience. We could directly ask why people made their purchases, why Porsche and why the Porsche Performance Tour. We were surprised by the range of answers. 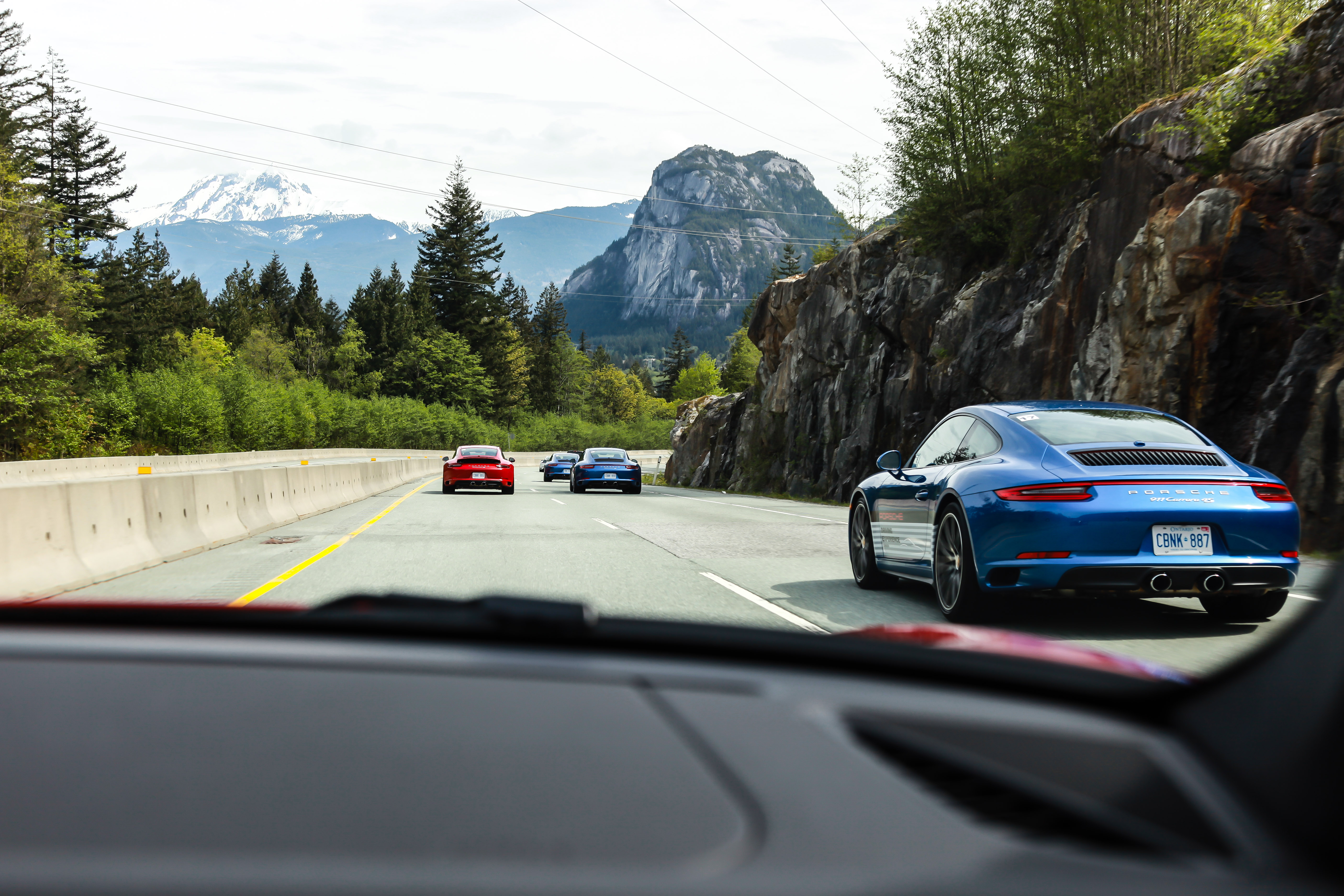 Some were there because they just bought a Porsche, some wanted to try to find the limits of a Porsche similar to them, a few didn’t own Porsches, but wanted to feel what it would be like to try to push a Porsche to it’s limits.

Whatever the reason, the conversation, the feeling of community, and being surrounded by the culture made the tour, an experience. 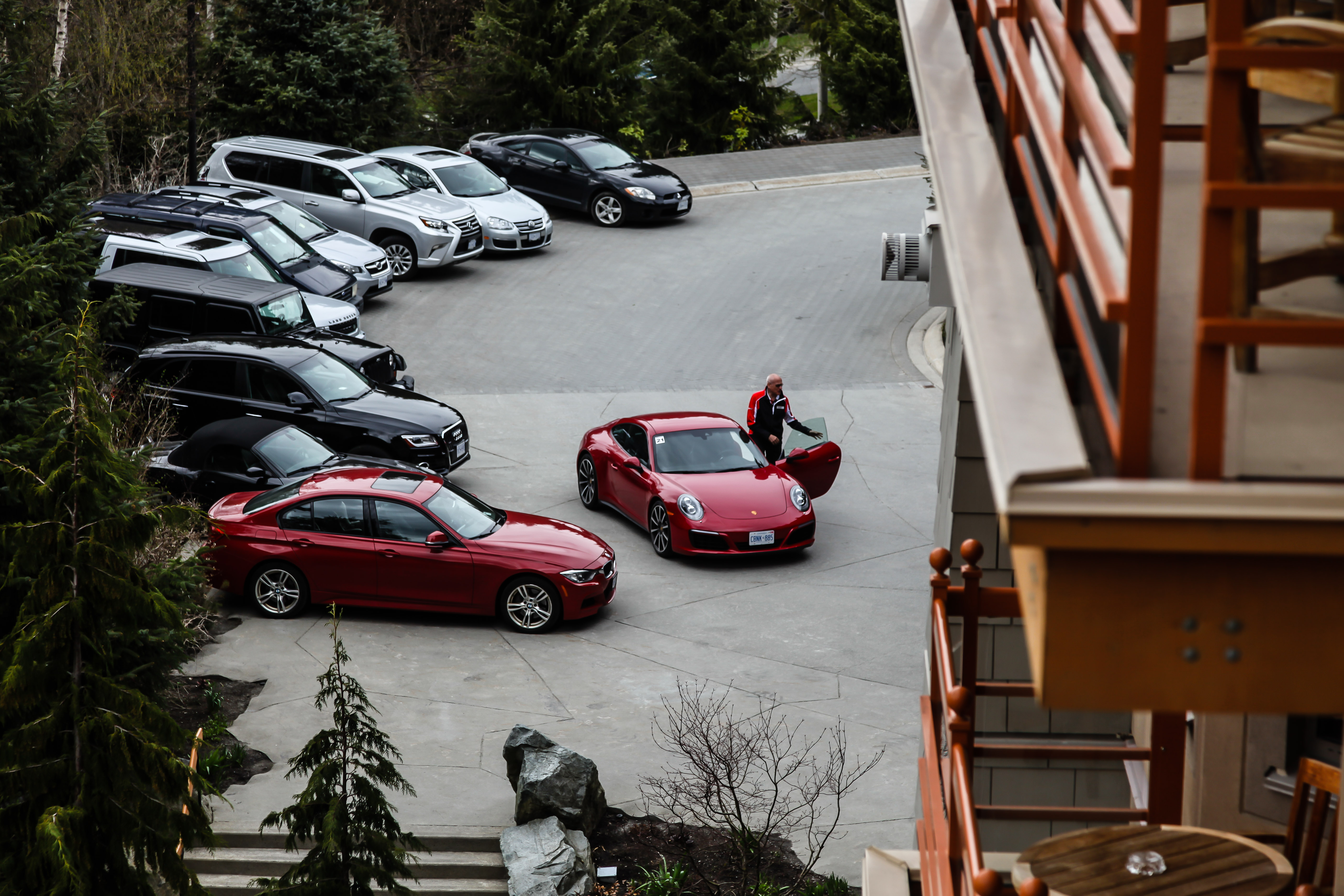 Join us for our next leg of the journey towards Vernon.

A journey filled with treacherous and distractingly scenic roads, deep water, jagged rocks and elevation changes that you think might caused a rollover.

Just a hint, we were on two, three and four wheels.

There is much more to this car than what you see on the roads. This is really just scratching the surface. This is the base line for a Porsche 911 Carrera 4S. You will see in the coming posts, we really put this car to the test. We look forward to having you view the next posts for the breathtakingly scenic journey we take with these cars. Stay tuned.

Learn more about the Porsche 911 Carrera 4S and book your Porsche Performance Tour of British Columbia.