What happens when you combine power, top of the line engineers and the goal to never rest on laurels of innovation? The result is something beautiful, powerful, and incredibly agile: the 2013 Nissan GT-R, supercar. The only thing that matches the specs of this car is the GT-R a year previous. With its road hugging handling, explosive acceleration and back-of-your-seat power, you’ll surely feel like a kid stepping on the throttle for the first time. 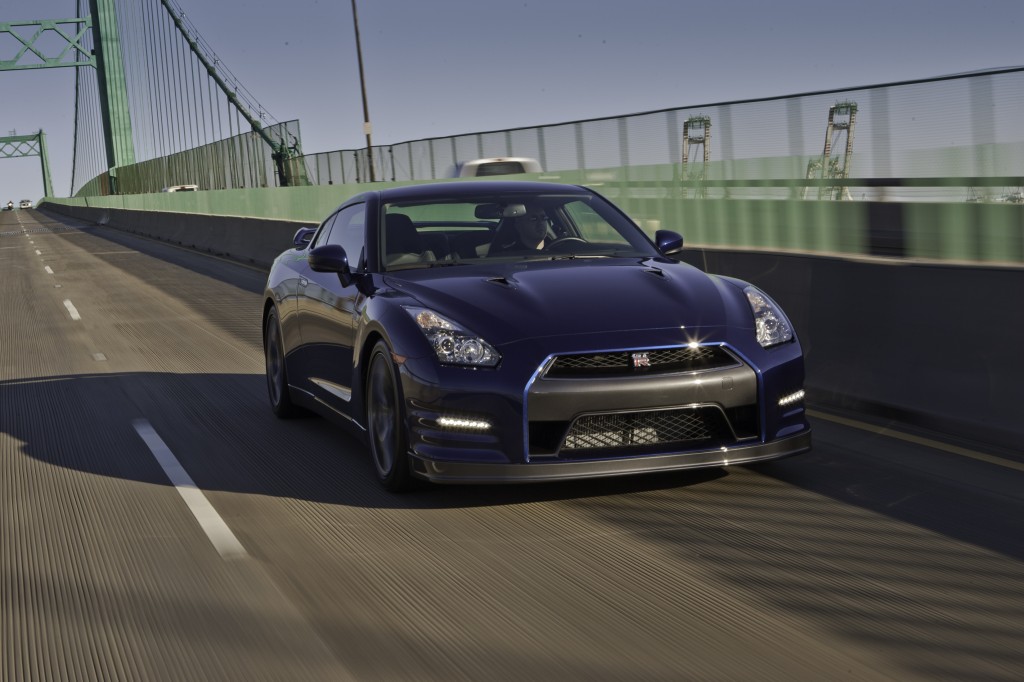 So, where does all the power come from? Just ask the Twin Turbo 3.8 liter, V-8 Engine resulting in 545 HP, up 15 HP from last year’s model. The torque has also been increased to output 463 lb-ft from last year’s 448 lb-ft. The engine is only paralleled by the transmission, of course; that’s why Nissan installed a 6-speed manual dual-clutch transmission to handle all that power under the hood. 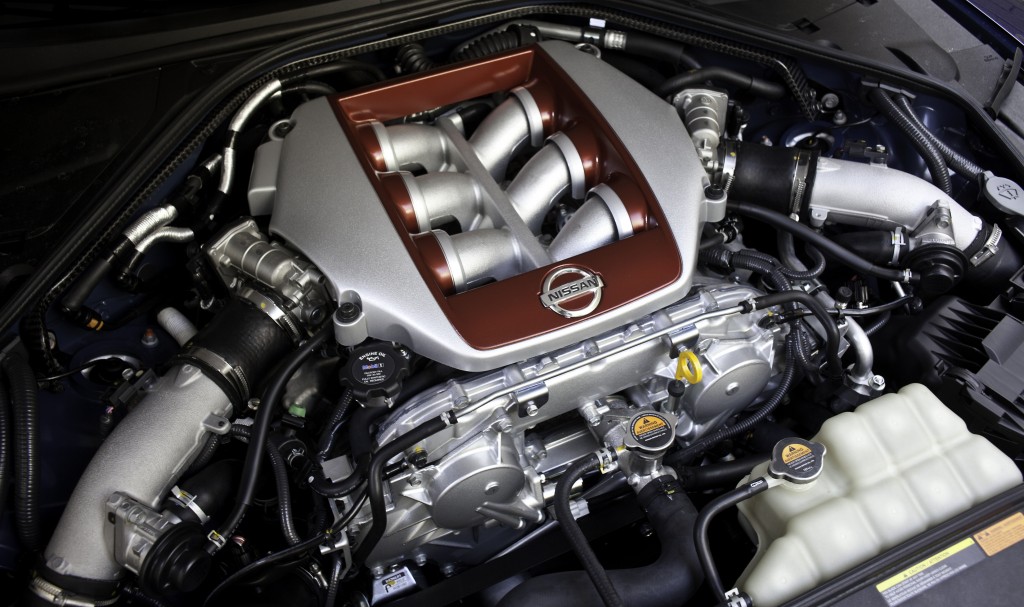 The 2013 Nissan GT-R exudes the brilliance of fine engineering without compromising speed or performance, as it’s priced lower than Ferrari. This supercar stands above a league of cars similar but packs a huge punch that is only matched by its 2012 predecessor, though it does possess some features that raise its supercar profile. The interior can be likened to an urban rocket ship with its sporty, versatile design, glowing dials and a push-to-start button. Hug a corner and the bucket seats will hug you back, keeping you safe and in place. The interior styling is well suited to any driver as it’s subtle enough for that someone who simply wants to admire the ride while being able to still catch the eye of potential buyers with its sleek design and dark hues.

What does Judy Wheeler, Director of Marketing for Nissan Canada say about the new supercar?

“The 2013 Nissan GT-R once again sends a bold statement that it remains on the leading edge of international sports car design, technology and performance. It’s our desire to keep pushing the envelope, to never settle for second best or second place – a philosophy that makes Nissan GT-R one of the most coveted and affordable supercars in the world today.”

The GT-R has two different models, so you can be choosy. There’s the GT-R Premium and the GT-R Black Edition, which has black forget aluminium RAYS® wheels, Recaro® leather-appointed seats and a dry carbon fiber rear spoiler. The car is built on a premium Midship platform, which enables the world’s first rear transaxle ATTESA E-TS all-wheel drive system. Yes, it’s all wheel drive as well!

Want more? How about total vehicle adjustment capability? This allows for the driver to adjust transmission shifts, shock absorbers, and VDC-R, or the Vehicle Dynamic Control, which has three different settings, these being Normal, Special, or “R”. “R” translates to ultimate handling. This is where the engineers at Nissan get it right. 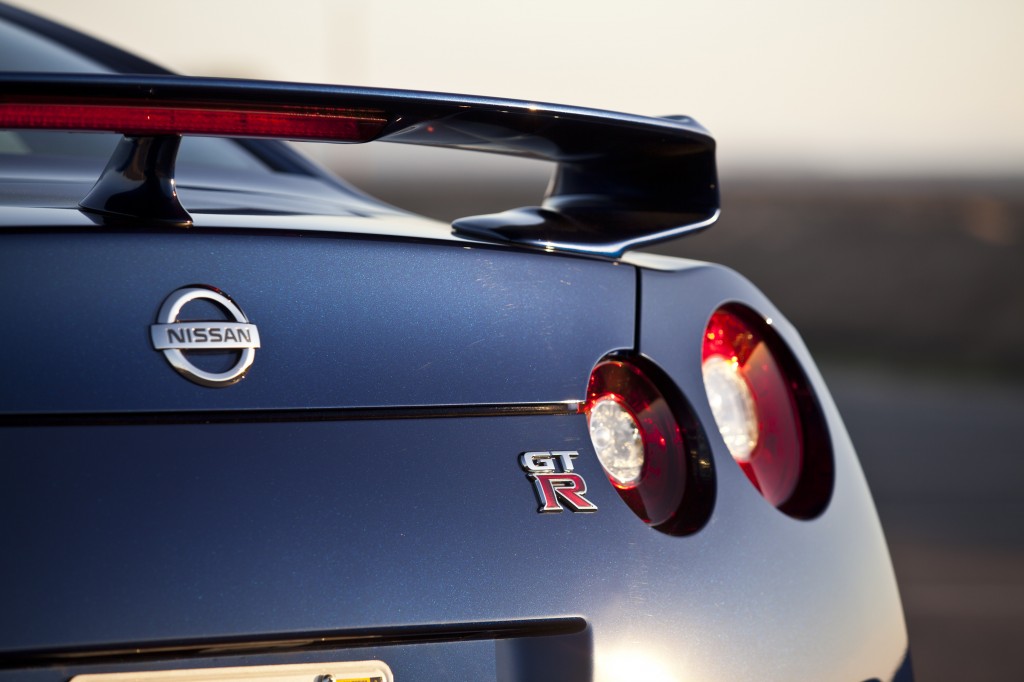 The 2013 Nissan GT-R sits on Dunlop Sport Maxx Performance tires, 20-inch rims, and high intensity LED running lights and back lights which bring both style and functionality. Naturally a car of this caliber does not shy on its stereo system. With its 11-speaker Bose® sound system audio will sound nothing short of amazing. Additional features include XM NavTraffic® including a Real-Time Traffic Information feature and Bluetooth® Hands-free Phone System allowing you to reschedule those dinner plans should your excursions in this supercar prove inexplicably satiable. 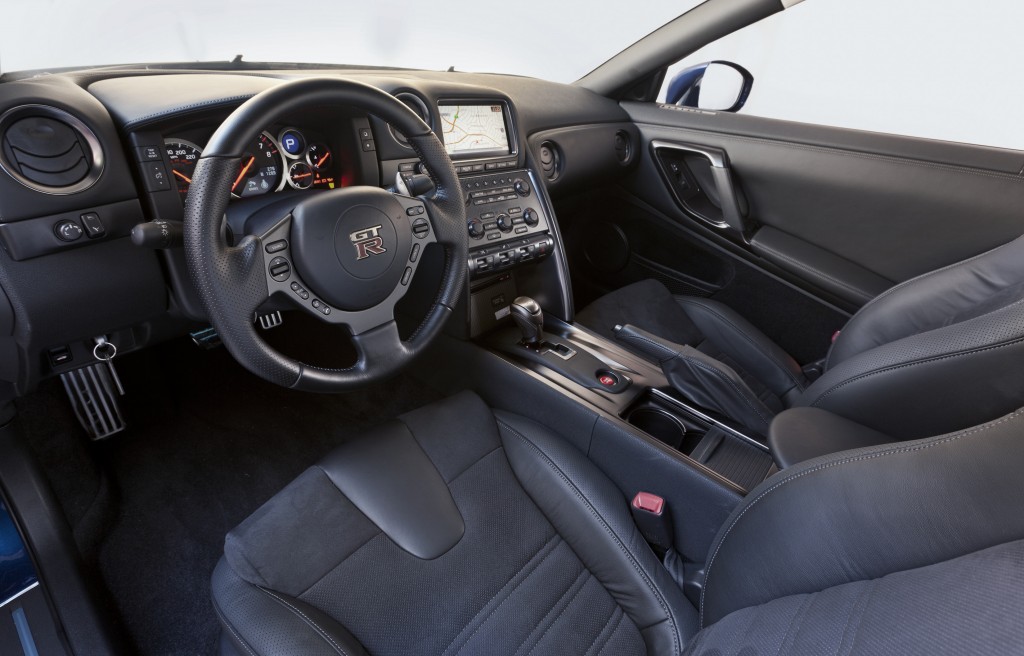 With interior features that complement huge  power and handling and a very attractive price point for a supercar, the 2013 Nissan GT-R is sure to be a hit! Plus, there’s no need to worry about those speed bumps and bottom scraps in this supercar.

Check them out on their different social media channels and visit their website for more information about the Nissan GT-R and other beautiful vehicles available.

What do you think? If you bought one, where would be the first place you would drive it?