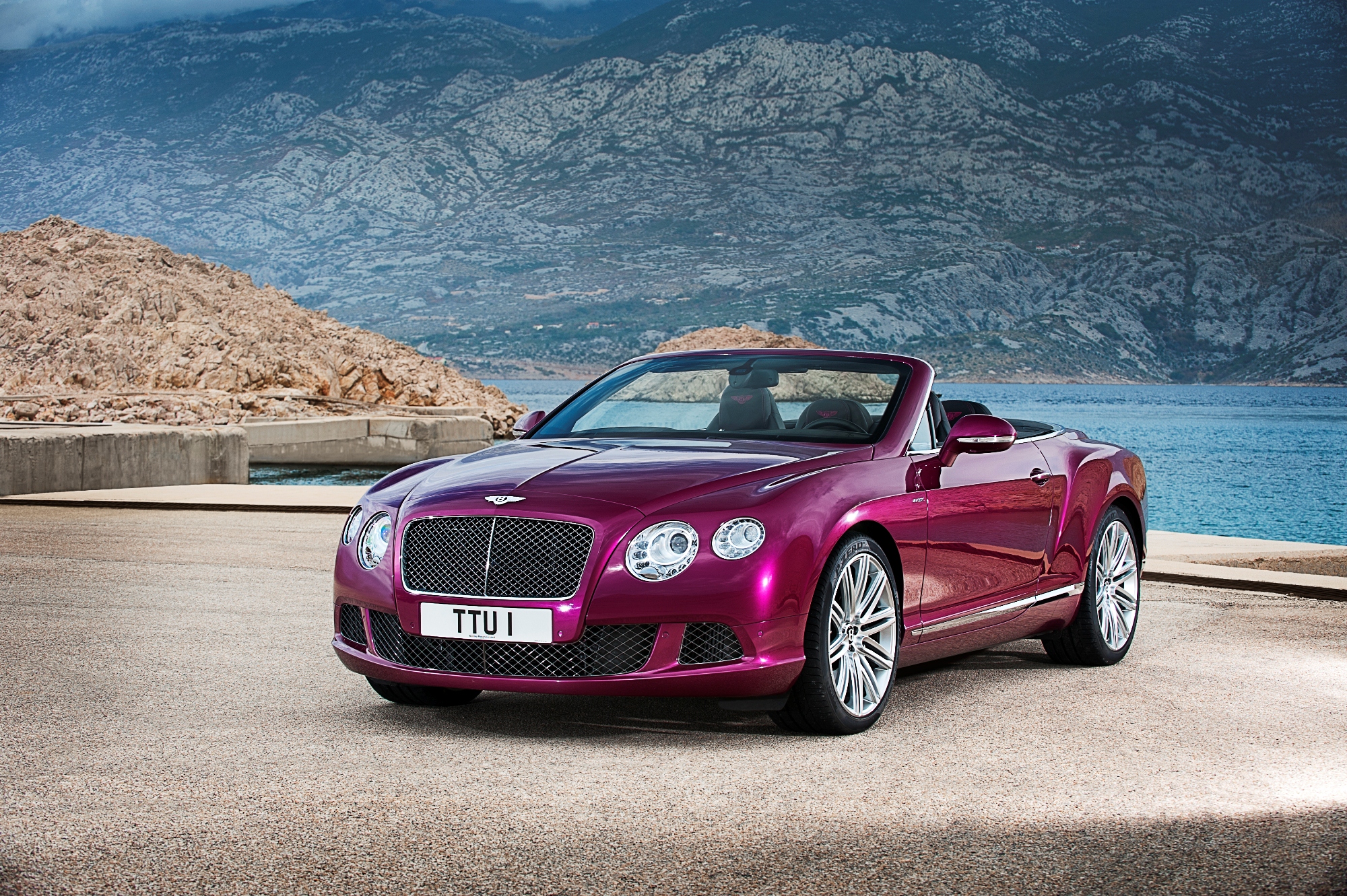 The Fastest 4-Seater Convertible in the World

Bentley’s legendary stride in the luxury car market has not only raised the bar, it has surpassed it, became bored, and started it’s own city.

The Bentley Continental GT Speed Convertible is now the fastest 4-seater convertible in the world, with a top speed of 325 km/h.

What does it need to bring that car to such amazing speed?

The muscular twin-turbocharged, 6.0 litre W-12 engine, capable of 616 bhp. It’s fanatic, yet it’s what you secretly  want in a car. 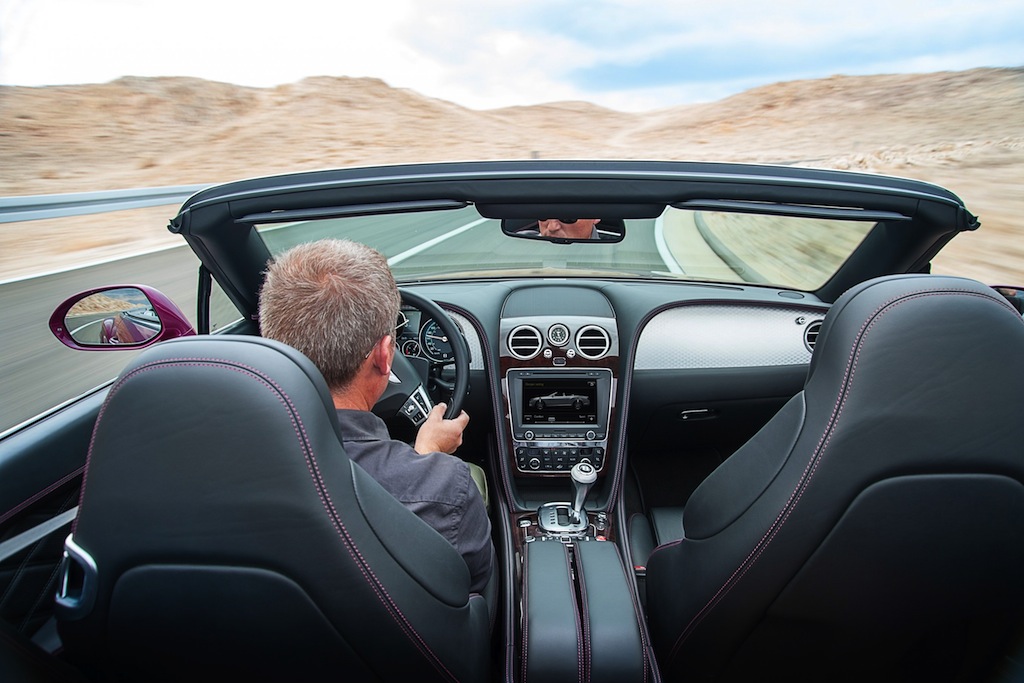 The W12 engine’s efficiency has been improved by 15% when it comes to driving range, fuel economy and emissions, and has made it’s debut at the North American International Auto Show in Detroit this month.

What’s amazing about Bentley is their drive to create beautiful hand-crafted, almost bespoke, luxury vehicles. Their attention to detail is immaculate, and with this car, it really shows why they are kings of their craft. It’s almost like Bentley was taunted to make this car by it’s competitors thinking Bentley wouldn’t come up with something so dramatic and amazing, but they did.

It looks exhilarating, yet solid. It looks like it can handle a lot, and it probably can. With so much power under your foot, you want that feeling. The rich purple colour adds a look that once it streams passed you, you can not only hear it, but that colour will leave a large impression in your memory bank after you turn your head to see what the flash was. 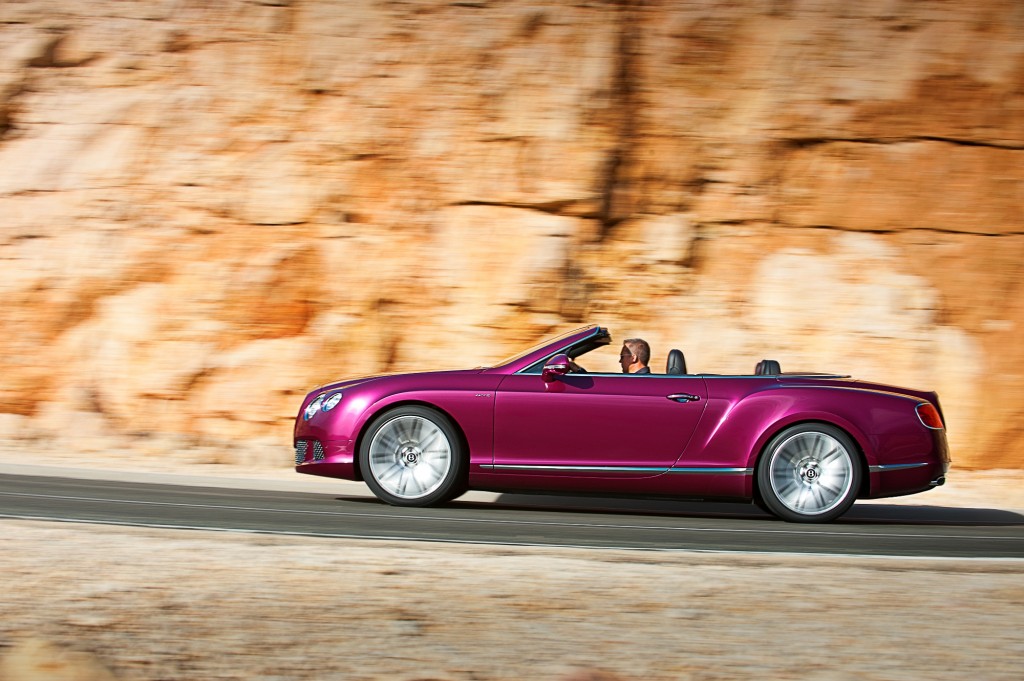 To keep up with the power, Bentley is using an eight-speed transmission with a lowered suspension and steering that was tuned specifically to compliment the acceleration, cornering and handling. Moreover, the New Continental GT Speed has 800 Nm of torque, driving the car with strength, and an acceleration 0-100 km/h in only 4.4 seconds; 0-160 km/h, in only 9.7 seconds!

Bentley has included the Electronic Stability Control (ESC) system to help the driver control the safety of the vehicle, important at higher speeds.

“Following the recent successful introduction of the GT Speed, the new GT Speed Convertible will appeal to drivers who seek the sensory thrills of the world’s fastest four-seat soft-top and the practicality of a year-round grand tourer, together with unrivalled levels of luxury and refinement. It is designed for those who accept no compromise.” – Bentley Chairman and Chief Executive Dr Wolfgang Schreiber

The car comes with hand-crafted, diamond quilted leather seating, and an interior inspired by the Le Mans winning Bentleys of the 1920s. The infotainment system adds helpful features and 15-GB of storage for anything from music to media. The car has it’s own six-disc CD changer, SD Card slot, and music can be played from an iPod or MP3 Player on custom made speakers, perfect for those long road trips in the summer. Outside the car, the winged ‘B’ badge is surrounded by 21-inch alloy wheels.

Deliveries for the New Bentley GT Speed Convertible start in summer of this year to Canadian showrooms!

Raise the bar, carmakers, we dare you.

Where to buy the Bentley Continental GT Speed Convertible:

View Bentley Dealerships in Canada in a larger map

All images are courtesy of Bentley Motors.

Where to go from here:

Question: What do you think of the car? Would would you have it in any other colour?

Tell us in the comments below.