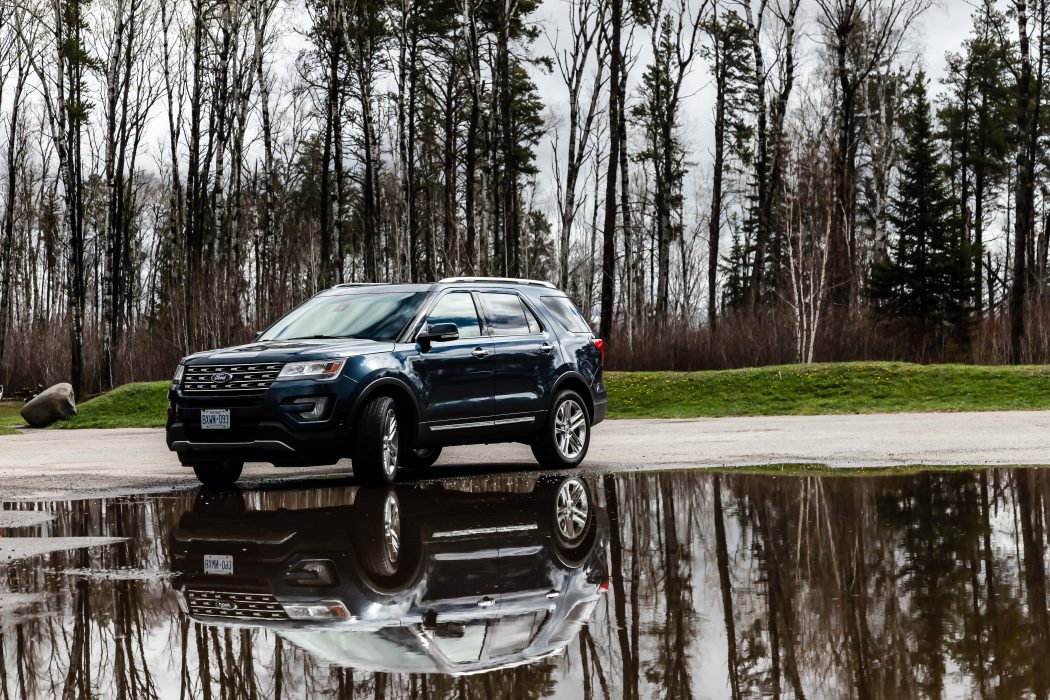 Taking A Work Week Off To Go Further With The 2017 Ford Explorer: First Half!

Typically…the workweek is 40 hours. But, what if you could take the week off and instead of spending it working, what if you spent it exploring?

And that’s exactly what we did.

We wanted to replace a week in the office, with a week in a car. Just completely change the 9-to-5 routine. Spending a whole work week in a car can be grueling, but thankfully we were well equipped.

This trip, we wanted to explore and get out of the cities. Get out of the hyped locations and go back to basics. Enjoy a full office detox.

The trip we were planning had many varying views out of the dashboard. We hit rain, gravel, went off-roading and roared through winding roads and drove through some of the most scenic roads in Ontario and even Canada.

The Journey Starts In The 2017 Ford Explorer: 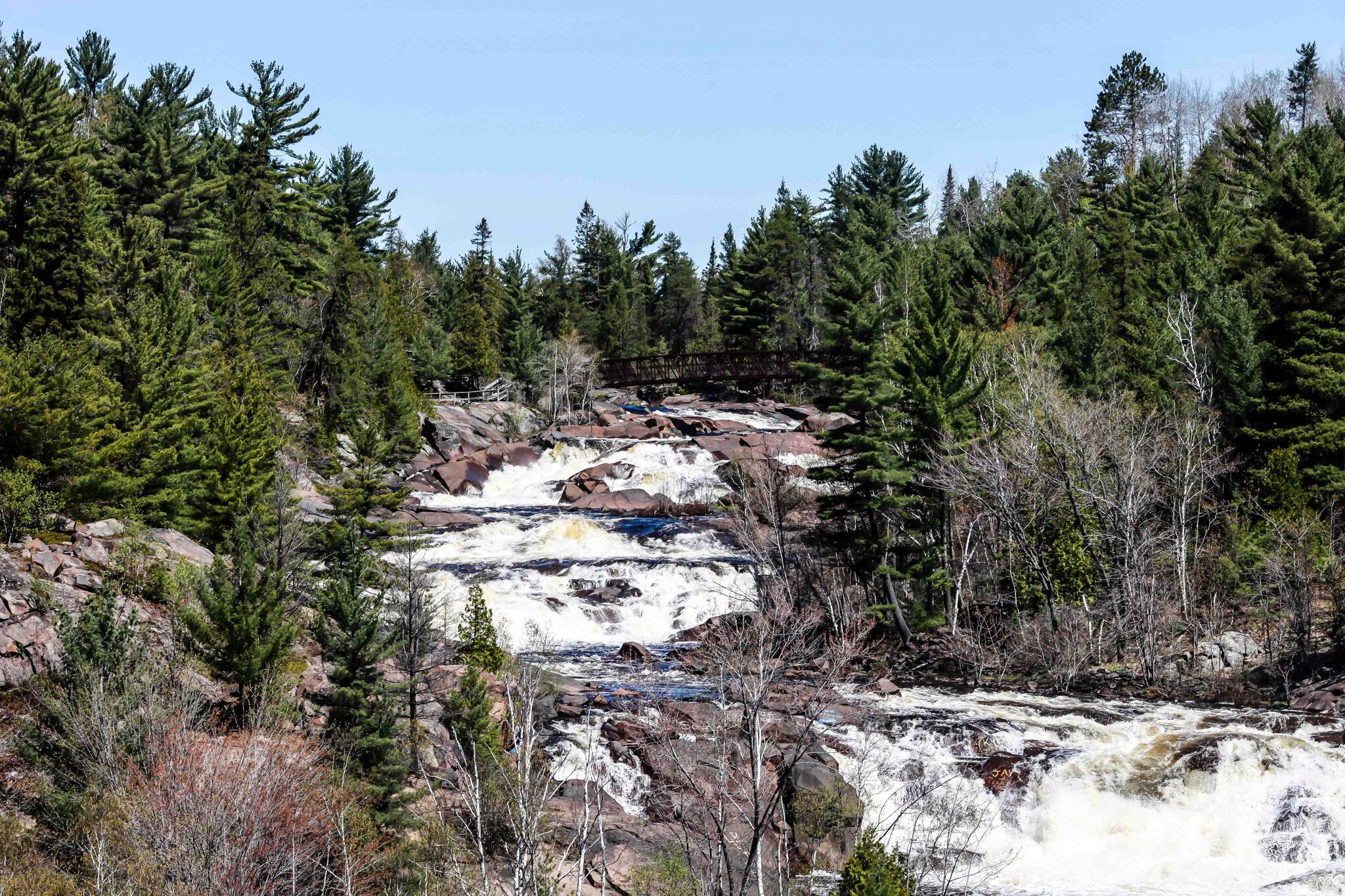 We wanted to explore Northern Ontario.

Nothing really comes to mind when thinking about Northern Ontario. Any mention of Northern Ontario came from references from a family member of yours living in a small town, working on a tv or film set, or maybe work that you did one summer up north.

I grew up in a smaller town just north of Toronto, so I have always had this duality of loving both city and country. I have never explored Northern Ontario before, so thought this was the perfect opportunity to go. We got in touch with Ford Canada and before you know it, we had a brand new 2017 Ford Explorer Limited Edition as our motivation for the trip.

We started the journey with high hopes. This would be our longest road trip with a car to date. Our last journey was a 1,000km road trip with a Lincoln MKZ, but this would end up to be three times longer and filled with much more adventure than a straight shot to the nation’s capital.

The first upshot was to Sudbury.

The drive was beautiful, the highways were clear, the rocks and trees filled our views from either side of the highway, so we hunted for our first destination, the Big Nickel.

We made it to the Big Nickel and were impressed with the height and diameter. It represented a symbol of the city’s industrial backbone that those in the Sud can be proud of. This was the first hint of what was to come, we were filled with energy as we stopped for the night. We made it into town, checked in for the night, and came to find that the food was surprisingly good everywhere we went. 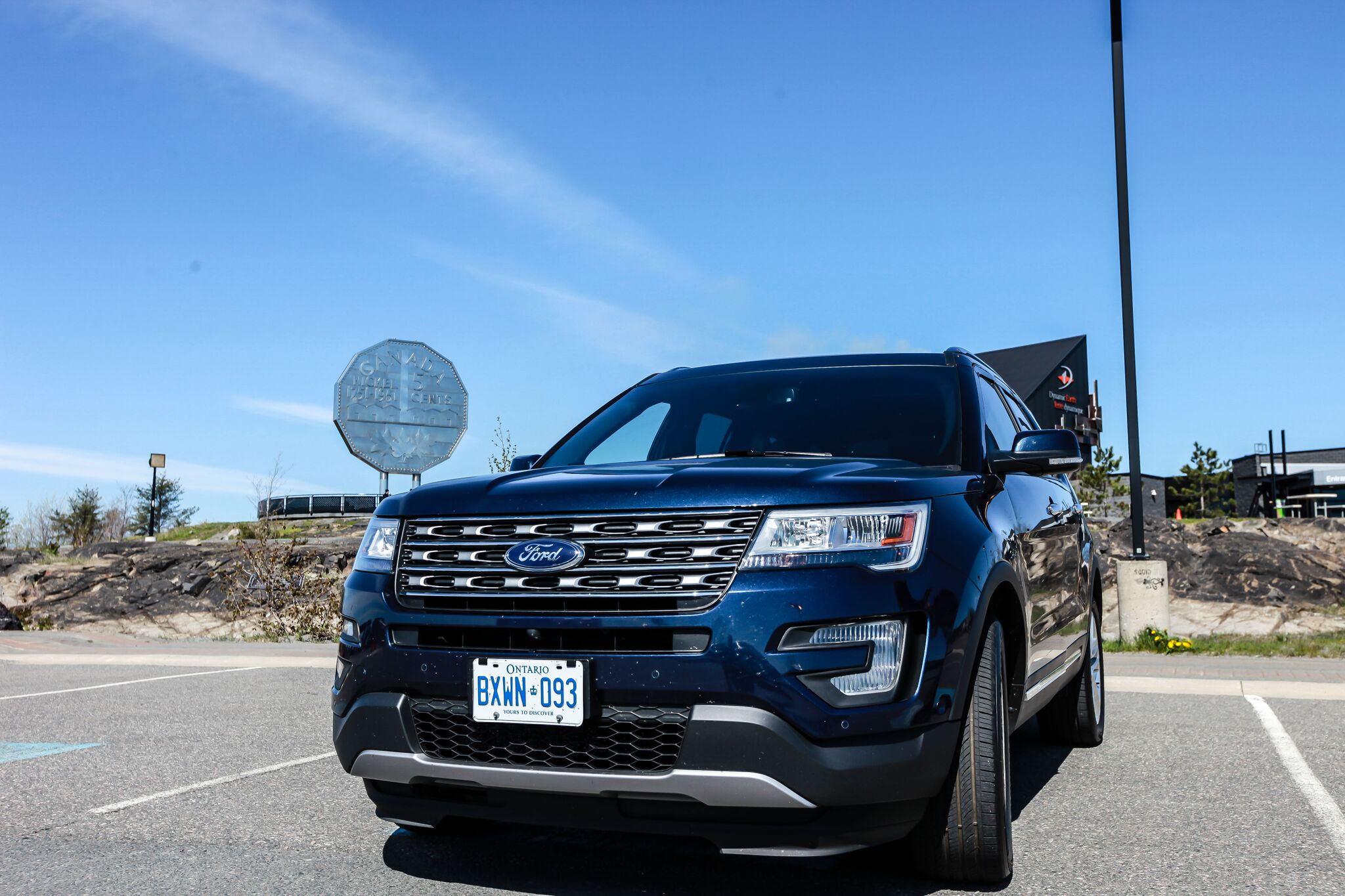 The second day of our journey was our long shot to a town that I have never even heard of before this trip, Moonbeam, ON.

The trip would take us through several smaller towns and birthplaces of famous Canadian talents. Namely, one a big country-pop singer that takes the cake as Canada’s sweetheart, Shania Twain. Timmins, was our next stop and we refuelled and recharged and once we found open road again, we started to explore the car and it’s features.

The 2017 Explorer Limited had plenty of features that made the long-haul drive much less of a hassle. Namely the Sirius Satellite radio and the massage seats. We find that for long-haul drives, you are just left exhausted, cramped and low on energy when you get out out of the car at your destination. Not to mention cranky. But after two iterations of 5+ hour trips, we found ourselves fresh, not tired or exhausted when we got to our destination.

As we arrived in Moonbeam, we were taken back by the Big Spaceship / Flying Saucer almost halfway into town. Moonbeam had the biggest spaceship we had ever seen, which made for an interesting stop and picture. Maybe it was the original Explorer, who knows! 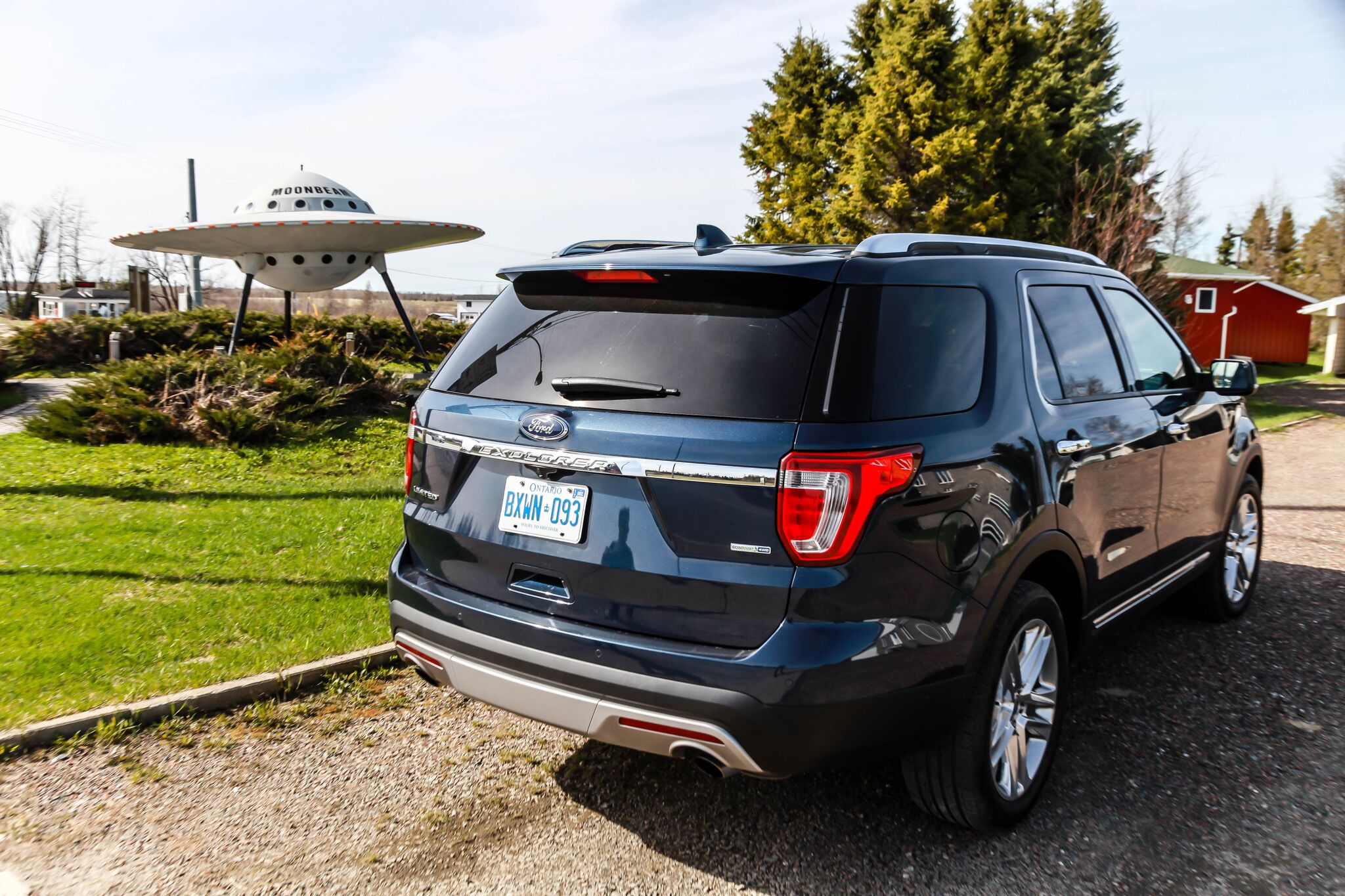 We were told that Moonbeam stood for the beam of light that the railway workers on the rails, when they were worked at night. Just a small tidbit of information to take with you after this article.

After heading to Kapuskasing for a night of bowling and conversing with the locals, it was time for bed and over to Thunder Bay to finish up the first half of the trip.

Cell reception was minimal, and our traveling friend, James of 920 Films, is a Liverpool football fan. At the time we were driving through to Thunder Bay, his beloved Liverpool game was on, a big game was playing that day. There were no bars or restaurants playing it and we couldn’t get updates on our cell phones, with the reception being so bad. We turned on Sirius Satellite Radio in the 2017 Ford Explorer Limited and we found that there was a channel covering the game! Just our luck! This saved both the overall mood in the car and made my friend very happy after every goal was scored, finding out his team was going through. Unfortunately, my team, Arsenal, was not so lucky. Sirius definitely saved us hours of boring, mundane driving and turned it into a mini-‘Old Trafford‘ for our beloved teams.

The drive to Thunder Bay was flat with trees on either side for most of the trip. This would be the laborious stretch of our journey. Although somewhat uninteresting from a road-trippers’ side of things. The real roads ahead lied south, towards the second half of our trip.

It was nice to be able to explore a piece of Canada that I haven’t been to yet. Without something like catalyst between Ford Canada and the 2017 Ford Explorer Limited, we wouldn’t have a chance to Go Further to Northern Ontario. We often forget the long-standing history that Ford has had in Canada. Ford’s first car in Canada was the Model C, released to the public in September of 1904, more than 100 years ago. When it comes to Canada celebrating its 150th anniversary, Ford almost seems to be one of the country’s younger siblings. Ford’s long-standing history has moved millions of Canadians not only up to Northern Ontario like us, but across Canada for business, family, and definitely a long-haul road trip.

It’s hard to tell when a car like the 2017 Ford Explorer Limited would come in handy during our road trip. It’s got everything you need to get over rough terrain, to drive for the long haul and store all sorts of equipment. However, we needed different features from the 2017 Ford Explorer Limited at different times. We were ready to feel groggy after long drives, we were ready to be disappointed after not being able to know the scores of our favourite teams due to poor cell reception, we even were ready to just be ready for a mundane trip. But, we were surprised, nothing like that happened. We were ready for mundane, but it didn’t allow us that feeling. We were exploring Northern Ontario, and we needed it as much as it needed us.

Stay Tuned For The Second Half

It was some of the most scenic driving I’ve ever done.

Find out what made the second half of the trip one of the most scenic drives in Ontario later this week, posting on Thursday.

QUESTION: Have you ever driving through Northern Ontario? Which city or town was your favourite?