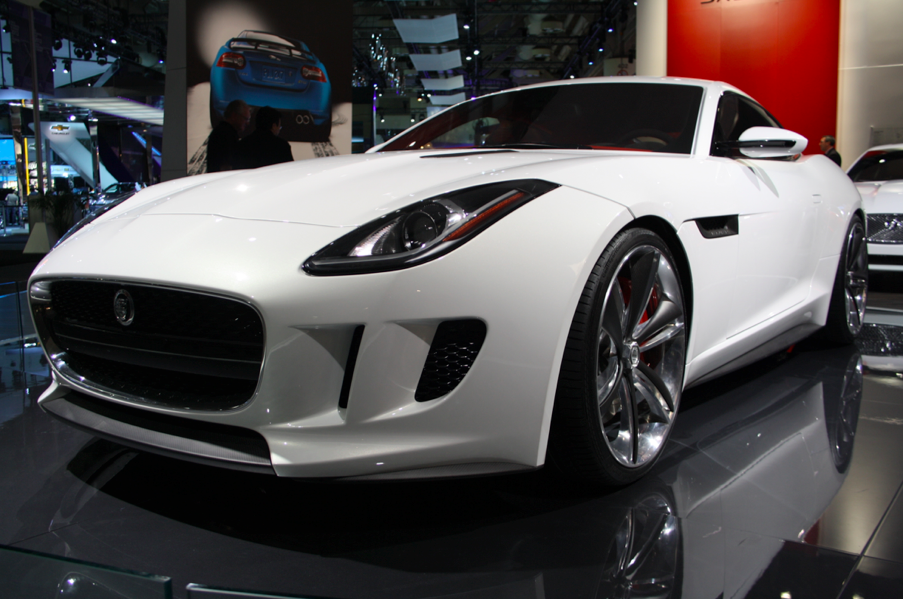 The Canadian International Auto Show is a chance for car companies to showcase some of their latest and greatest vehicles, and also some concepts as well. The Auto Show was located at the Metro Toronto Convention Centre, downtown Toronto and had 4 huge levels where the public can spend ample time getting press material and information.

Here are some interesting things we noticed when we were at the show. Both Cadillac and Ford had really engaging floors, providing people with knowledge about their vehicles, but also entertaining the public with contests and the use of Xbox Kinect. One of the biggest displays at the Auto Show was definitely Ford, taking up what seemed to be a 1/4 of the bottom section of one of the floors.

We noticed that Hyundai had a lot of space in their vehicles both for passengers and driver; a lot of elegant trims and a lot of nice features for their Equus and Genesis models, really trying to sway the consumer to look at Hyundai differently. Subaru had a standard display, but one of the models that definitely stood out was the Subaru BRZ, which looked very similar to the styling of a Nissan 350Z.

Chevrolet had really interesting and engaging displays, pushing their compacts and their eco-friendly car, the Chevrolet Volt, front and centre. The newer, flashier cars like the Chevrolet Stingray concept was pushed back, knowing they would be grabbing the attention of the public anyways. A majority of the sporty cars or newer cars were actually white or silver, and all the other cars that are revamped models of previous designs seemed to be indifferent, more subtle colours. 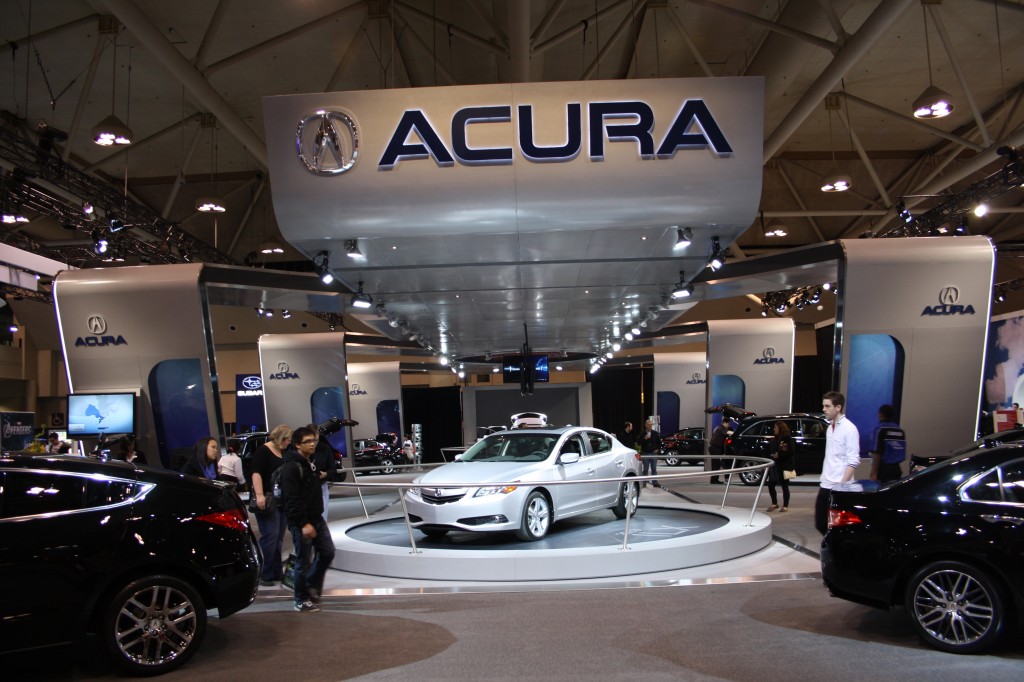 Acura showcased their new models with a very impressive tall silver display, which could be seen from a lot of angles around the Auto Show. 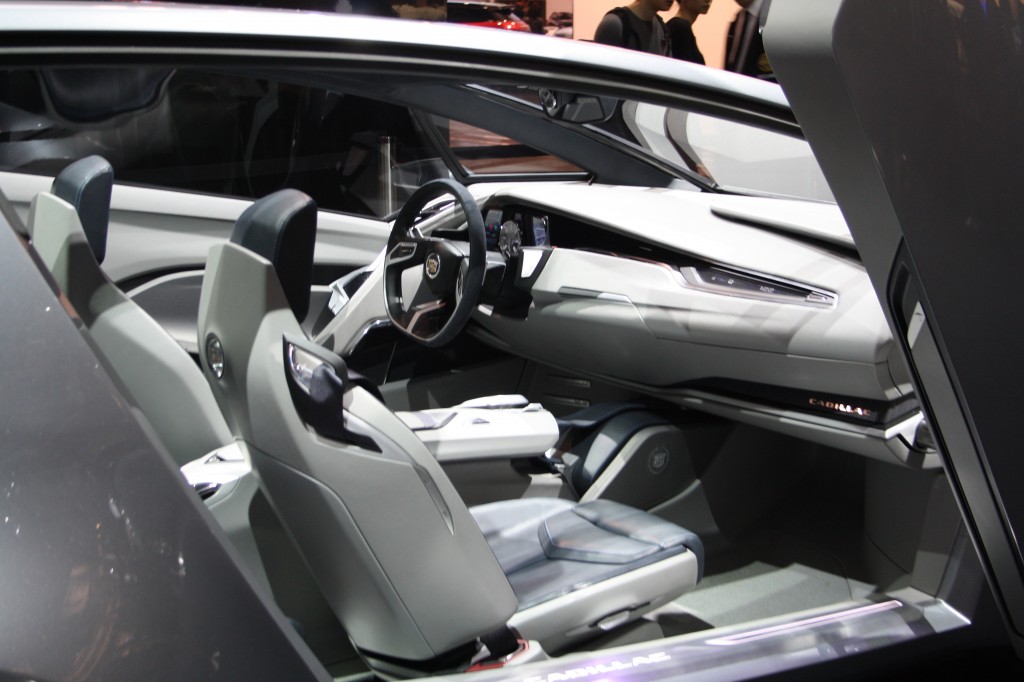 This new concept car by Cadillac was roped off, for good reason. It had been one of the more photographed models on the showroom for it’s Lamborghini style doors and interesting hatchback design. It made for an intriguing centerpiece.

One of our favourites was the Lexus LFA, this caught the eyes and lenses of many people, probably wondering how Lexus designed this so well, compared to it’s more conservative models. 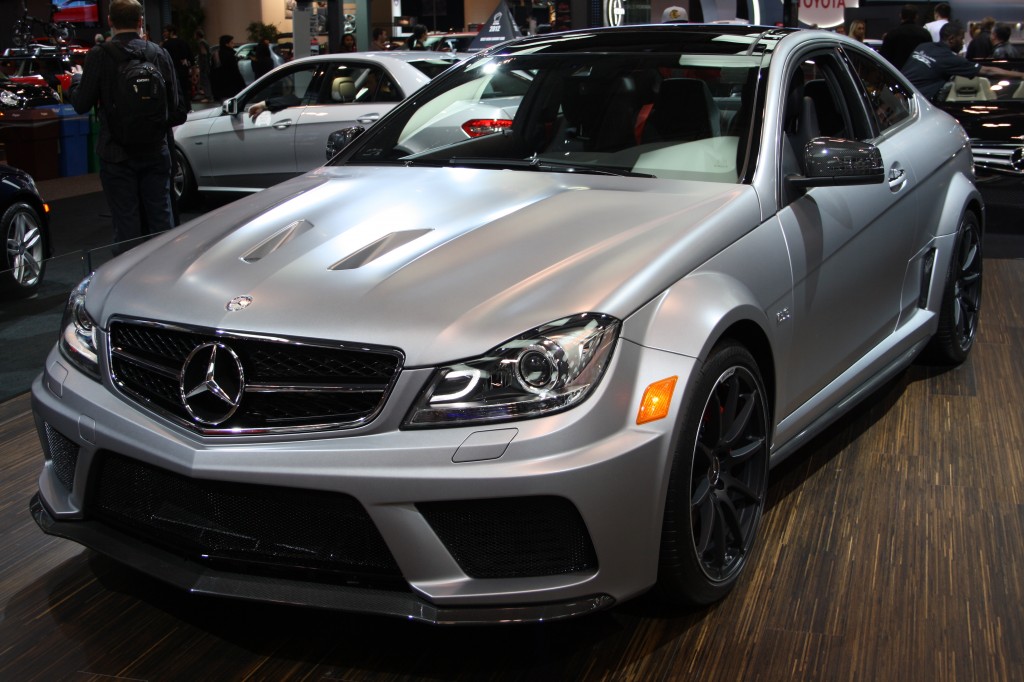 Mercedes boasted a nice display for the SLS AMG Roadster and Motorcycle to match, but their more common models stood out with a nice deep silver colour and wood floor to bring out the overall elegance that Mercedes likes to bring to the table every year. 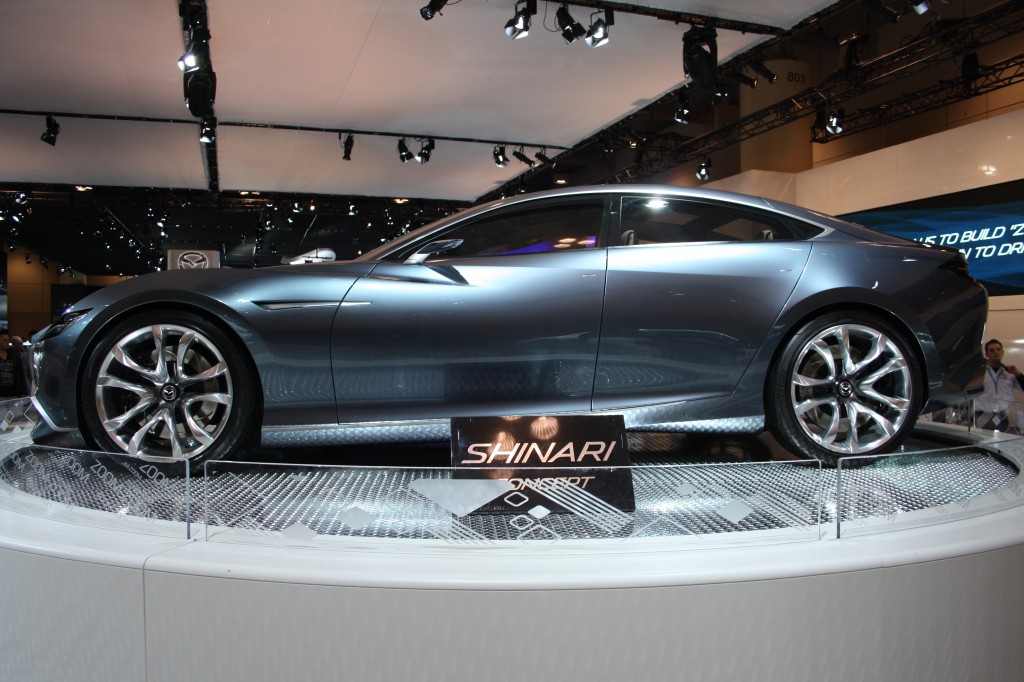 Mazda Shinari was one of the best looking Mazda’s to date. Ever since they decided to ween out the RX-8, it created a huge void that Mazda needed to fill. From the looks of it, the new Shinari is definitely a contender to fill that gap. 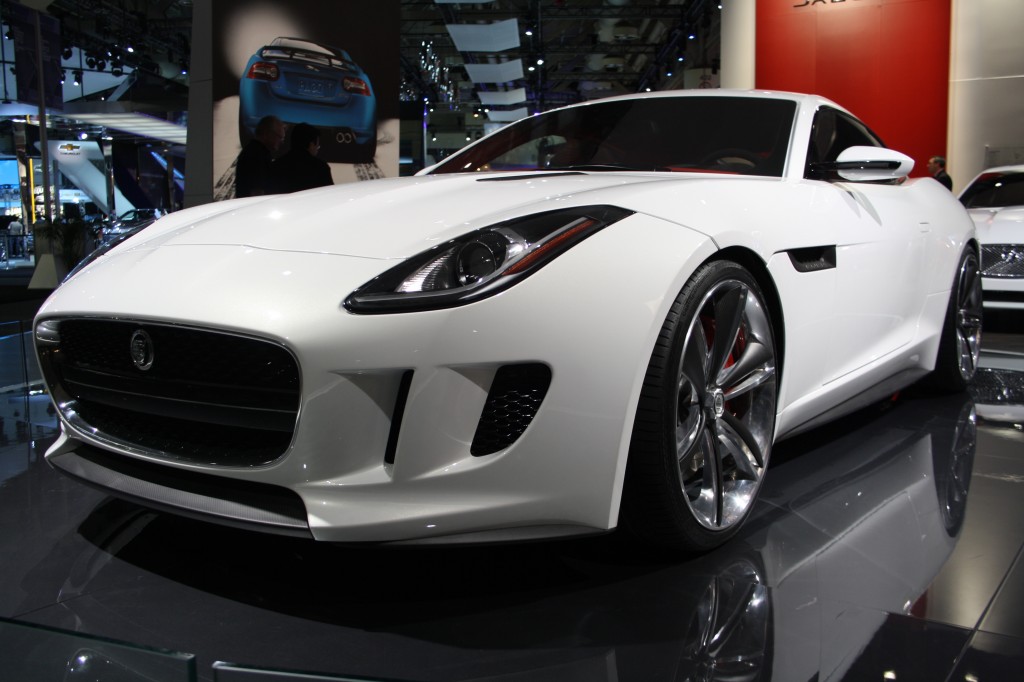 Jaguar had a really nice display, showcasing their new models like the XKR-S and the C-X16, making a statement as soon as you walk towards their display. 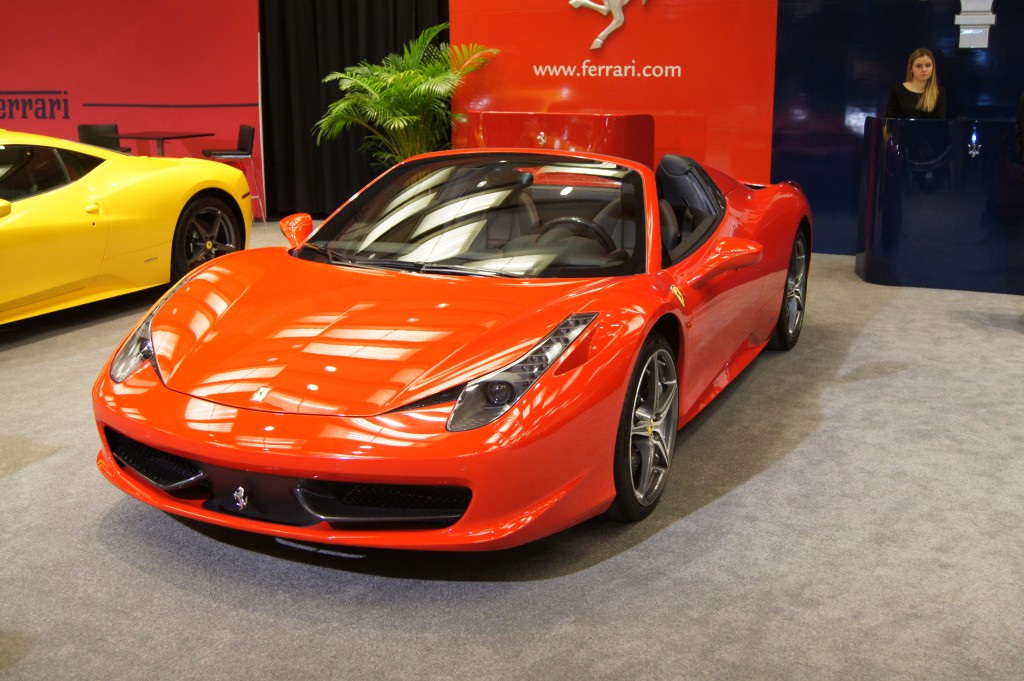 Ferrari 458 Italia, even though subtle compared to other Ferrari’s previous to it, it still made a big statement at the Auto Show. Especially when people discover the specs and power it has under the hood. 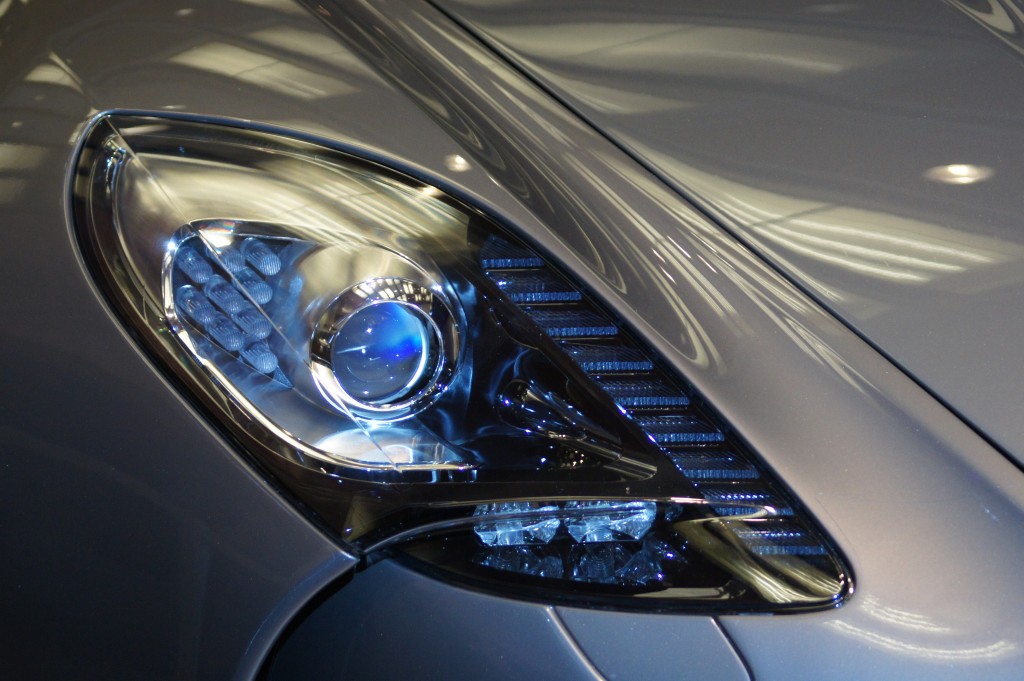 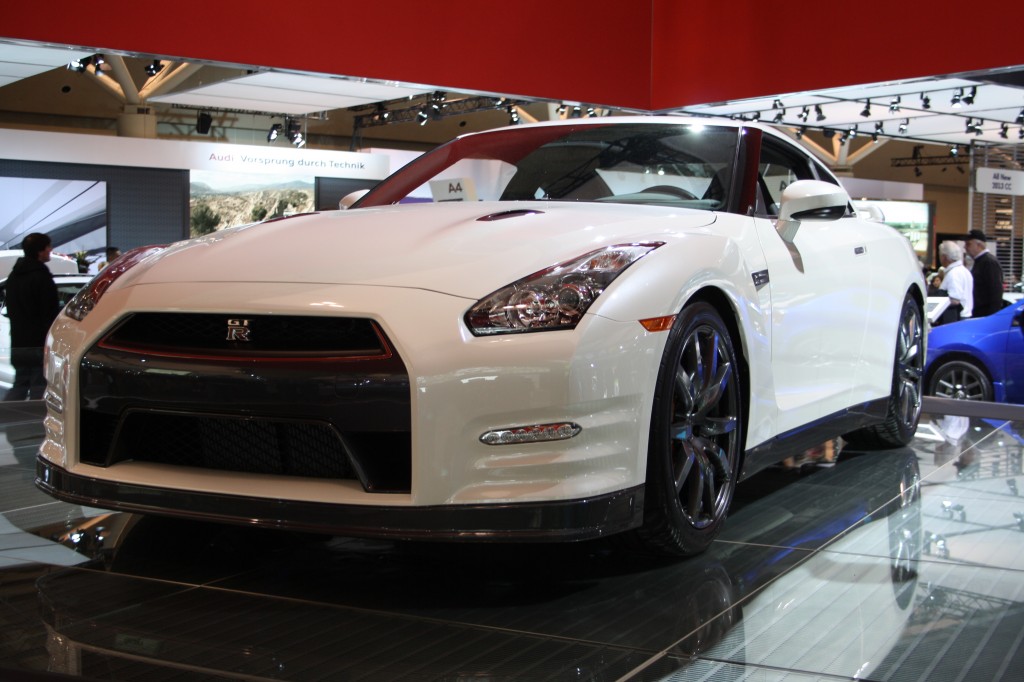 Both Nissan and Infiniti came to play, especially with their GT-R saying hello as soon as you walk towards their display. This beautiful machine packing lots of power and noise was one of the best looking models at the show.

At the Auto Show, it’s tough for the public to have the ability to sit in or test-drive some of the world’s best sports cars.

Is there a particular sports car that you would love to test drive? 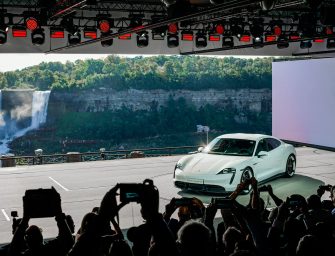 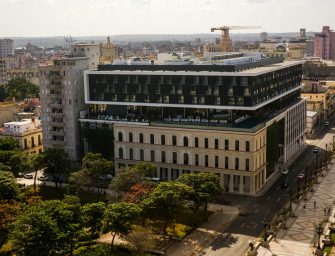 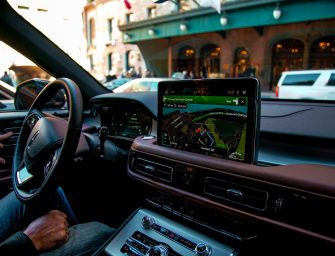 Grand Touring Back To Quebec City In A 2020 Lincoln Aviator