The Next Generation of Holt Renfrew: hr2

Throughout the past 175 years, Holt Renfrew has made its mark as a Canadian staple for luxury retail. In continuing to keep its legacy strong, the high-end department store is now taking its iconic magenta history a leap forward into new territory. Catering to the likings of the modern young and trendy shopper, Holts is introducing a new chain of outlet concept stores aimed at mid-market: hr2.

hr2 is unlike any shopping experience in Canada thus far. Stepping into the store, visitors will be greeted with a lively, colourful and modern shopping experience met by new weekly arrivals in womenswear, menswear, footwear, accessories and jewellery – a perfect spree for the young and savvy fashion conscious!

Of course, the hr2 atmosphere will keep up with Holt Renfrew’s fashionionable mantra by offering fresh and distinct on-trend styles from leading brands. The exceptional beauty though, comes from the totally irresistible prices that will make you do a double take at the shock value of the amazing deals you will find.

As Canada’s first premium off-price store, hr2 features an exciting assortment of brand name goodies from over 150 leading brands that includes likes of Alice + Olivia, Diane von Furstenberg, Splendid, Michael Michael Kors, Cole Haan, Kate Spade, Tory Burch, Ray-Ban, 7 for All Mankind, Nicole Miller, Elie Tahari, Ralph Lauren, House of Harlow, Anzie, John Varvatos, Hunter and hr2 private label. To give you a taste of what you might be able to find at hr2 … think Christian Louboutin in 100 percent patent calf retailing for $199 instead of $695.

Heather Arts, vice-president at hr2 ensures that there will always be a constant flow of new seasonal inventory and that “none of the inventory overlaps (with Holt Renfrew)”. Just what we like to hear so that we have all the more excuse to shop!

Some of our favourite bloggers had this to say about the launch:

“I think it’s wonderful that Holt Renfrew is making itself more affordable to the young and trendy shopper with HR2. In my teenage years I remember looking at Holt Renfrew as a forbidden fruit–you longingly stared but knew you couldn’t touch it.” – Erica Grenci of Everything Beautiful

“I’m very excited about the budget friendly designer labels that will be available at hr2. Today, we might have access to a sampling of these labels in specialty boutiques, but to see them all under one roof, with the quality curating we know and love from Holt Renfrew will be quite a treat! My fingers are crossed for a second location in Toronto!” – Nicole Wilson of Dainty Girl

“I think this is a great opportunity for shoppers who are on a budget and want a luxurious experience with the same brands and designers at a lower price that Holt Renfrew carries.”  – Deanne Castro of MyFashAvenue.com

The very first hr2 store opened on March 28th, 2013 at Quartier DIX30 in Montreal encompassing 25,000 square feet to excite shoppers. A second store is set to open later this spring at Vaughan Mills north of Toronto. Hr2 plans for a national presence by the end of 2015.

Where the hr2 stores will be located: 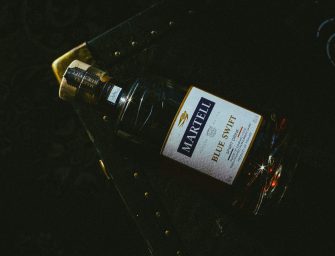 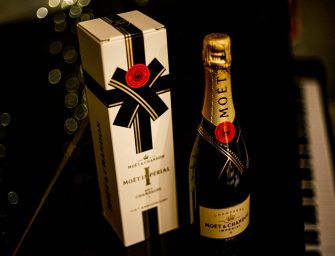